Stocks Rattled by Amazon in 2017 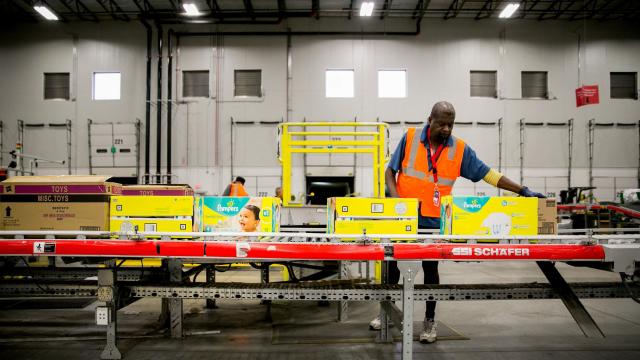 Amazon’s ambitions have few limits, and when the company appears interested in expanding its business into a new area, it can spook investors in potential competitors. The mere specter of its entry into a particular industry can shape markets.

This year, the company’s actions — like buying Whole Foods Markets, to name one major example — have led to stock sell-offs for a wide range of businesses.

One of the more notable examples of Amazon’s influence is in the pharmacy business. After reports that Amazon might soon enter the prescription drug market, shares in CVS Health and Walgreens, the two largest pharmacy chains, fell sharply in early October.

Then, in early December, CVS said it would pay $69 billion to buy Aetna, a deal that could reshape the health industry. Many analysts said Amazon’s interest in selling prescription drugs was one reason the two began talking. The idea is that the deal could help insulate the companies in case Amazon does make an ambitious move into selling drugs, as well as give the combined business improved leverage in negotiations with drug companies.

With huge amounts of consumer spending and frustrating inefficiencies, prescription drug sales are the type of business that invariably attracts Amazon’s attention. And the likelihood of Amazon eventually getting into the pharmacy business is high, several analysts and a former employee have said. But it is not clear when it will make that move or how aggressive it intends to be.

Amazon has put a lot of time and effort into improving its ability to deliver goods to customers, encroaching bit by bit on the country’s two giant delivery companies, FedEx and UPS. It has leased dozens of cargo jets to distribute inventory to warehouses around the country and is building its own hub in Kentucky for a fleet of its own planes.

The key phrases here are “own hub” and “own planes.”

When the news was reported in January that Amazon was building a cargo hub in Kentucky, where UPS has its largest air cargo facility, stocks in both UPS and FedEx plunged. In UPS’ case, it would take the better part of the year for its shares to recover.

That wasn’t helped by the media event that Amazon held in July to show off its Prime Air fleet of planes, which it tested during its annual Prime Day promotional event. In October, the delivery companies took another hit after a report that Amazon was testing its own delivery service.

In June, Amazon announced it would buy Whole Foods for more than $13 billion, by far its biggest acquisition yet. The unexpected deal sent shares in several of the nation’s biggest grocers, including Walmart and Safeway, down sharply. Kroger, another top grocer, lost about one-tenth of its value on the day of the announcement.

But the drop in stock prices wasn’t a one-time occurrence.

Shares in these companies fell again a couple of months later, when Amazon said it would sharply lower prices on numerous products at Whole Foods. Kroger, for example, fell 8.1 percent that day.

One area of shopping that Amazon has not yet entered is the car business.

If you want a Ford F-150 or a Tesla Model 3, you still need to go elsewhere, and there is no sign that will change anytime soon.

But car parts are another matter, and Amazon aggressively pursued that business in 2017, reaching deals with some large parts distributors. The result has been falling share prices for some of the nation’s biggest parts retailers, including AutoZone and Advance Auto Parts.