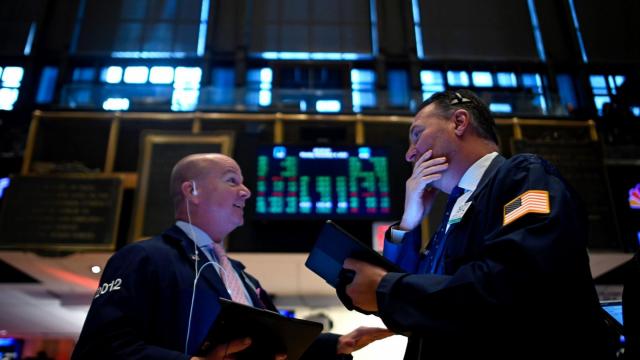 CNN — It was another record-breaking day in the US stock market, after a Chinese official said that Washington and Beijing have discussed rolling back tariffs.

A spokesman for China's Ministry of Commerce told reporters these roll-backs could happen even before a "phase one" trade deal is signed. The United States and China agreed to a preliminary deal in mid-October.

Investor sentiment rebounded on the back of the comments. On Wednesday, markets were more or less flat after a Reuters report warned that the signing of the preliminary agreement could be delayed.

The Nasdaq Composite climbed 0.3%, putting it just below the all-time high it set on Tuesday. The index hit a trading-day record high during market hours.

Gains were broad across industries, with only seven Dow stocks ending in the red. Energy, telecommunications and tech stocks were the best-performing in the S&P 500.

"For almost two years now, the US/China trade tussle has posed the biggest headwind to global growth. But with promising signs of progress on the trade front, a shift in global central banks to easing (including three consecutive rate cuts by the Fed this year), and mostly better-than-expected corporate profits, US stocks were pushed to all-time highs," wrote Priscilla Thiagamoorthy, economic analyst at BMO.

Safe haven assets like Treasury bonds and gold, which increase in appeal during times of uncertainty and volatility, are down on Thursday.

The 10-year Treasury yield is up at 1.916%, implying weaker demand for the government bond. It hit its highest yield 14 weeks, according to Refinitiv. Bond yields and prices move opposite to one another.