Steve Bullock stakes his 2020 claim on Iowa or bust strategy 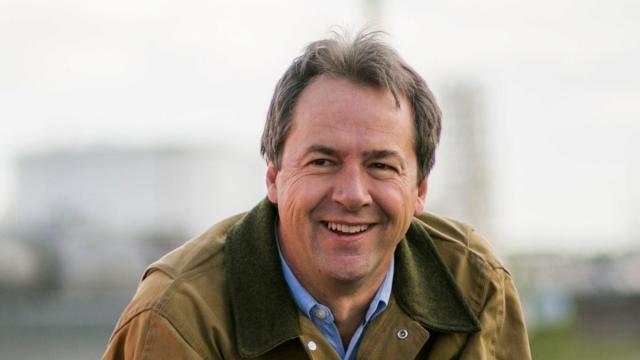 CNN — Steve Bullock knows he's late to the 2020 dance, but nothing he's seen so far has scared him away from joining the party.

"Voters in Iowa and everywhere else don't want to make a fast decision, they want to make the right decision," Bullock said as he set off across the state to introduce himself as one of the newest Democratic presidential hopefuls.

With Bullock, the governor of Montana, in the race, along with New York Mayor Bill de Blasio, the party's field of candidates is now large enough to suit up a football team of offense, defense and one player to spare.

For Bullock and many contenders, even though they may be reluctant to say so out loud, it's Iowa or bust. Their candidacies will either break out or be broken by the Iowa caucuses less than nine months away.

"Iowa is important to everyone's campaign," Bullock said in an interview Friday as he bounced from stop to stop on his first visit to the state since declaring his candidacy earlier this week. "Iowa has always played that traditional starting out role, but it's certainly significant to mine."

Neither Joe Biden nor Bernie Sanders, the two early front-runners in the race, kept Bullock from running. The parade of Democratic senators and members of Congress running also didn't dissuade him, but rather simply amplified his argument that a governor is more prepared to serve in the Oval Office.

"I think that it's both a wide-open race," Bullock said, "and I think that I bring things unique to this field in both getting elected and bridging divides in governing that we really need right now."

On a three-day Iowa visit, as a team of young aides signed up potential supporters at each stop, Bullock delivered that sales pitch again and again: He's the only 2020 candidate elected statewide from deep-red Trump country. By now, anyone who's been within earshot knows that he carried Montana by 4 points the same night in 2016 that Donald Trump won the state by 20 points.

Here in Newton, more than a decade after the Maytag headquarters and factory closed its doors, a sense of political uncertainty lingers. Barack Obama carried Jasper County in 2008 and 2012, but Trump easily won four years later.

It's this terrain, Bullock told a crowd inside Uncle Nancy's Coffeehouse, that Democrats cannot cede to Trump again.

But for Bullock, one question facing his candidacy is whether the middle lane is the opening to winning over Democratic primary voters. He's reluctant to directly answer whether his party has shifted too far to the left, finally saying in the interview: "Look, there are some things that are brought up that I don't know that could ever get done."

He's talking about the Green New Deal and "Medicare for all." He's proposing a more pragmatic approach, supporting the broader ideas of those plans but favoring solutions that he believes can be realized.

With 23 candidates in the race, Bullock and most of his rivals face a political traffic jam of the highest order. He's not alone in placing a significant stake in Iowa.

Yet the race does, indeed, seem remarkably unsettled and wide open as summer campaigning approaches. Some voters Bullock met Friday were aware of him, like Cheryl Scherr of Pella.

"I thought he was very charismatic, and he answered a lot of good questions and I thought he had some very fine opinions," Scherr said, noting that she's seen more than a half-dozen candidates already and is in no hurry to commit to one.

But Larry Hurtow of Newton, sitting near the back of the coffee shop, confessed he didn't know the Montana governor.

"Well, I think he is a dynamic speaker," Hurtow said after watching Bullock speak. "Coming into this, I've never heard of the guy. So we're here to gather information."

At almost every stop, Bullock was introduced by Iowa Attorney General Tom Miller, the state's longest-serving Democrat, who has endorsed his candidacy. Miller told the crowd in Newton that Bullock was "mainstream" and "not a Bernie Sanders Democrat."

That, of course, is code to many Iowa voters who are fearful the party may nominate a candidate too liberal to appeal to a broad cross-section of voters. Yet it also signals a potential buzz saw facing Bullock from liberal activists, who typically make up a fair share of Iowa caucus participants.

Even more important than appealing to voters in Iowa is making the cut at the first Democratic debate next month. Bullock hopes to be included, but he must meet the polling or fundraising criteria set by the Democratic National Committee.

With Bullock's late entry into the race, as he enters a primary fight where his rivals have a considerable head start with dozens of aides on the ground organizing supporters, he's moving to set up a team across Iowa. The success of his operation is an open question.

For all of his talk about winning in Trump country back home in Montana, when asked whether he could turn his state blue if he became the Democratic nominee in 2020, he paused and looked out the window at the lush green Iowa pastures.