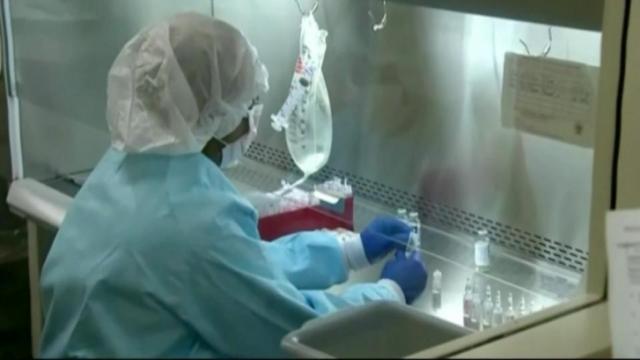 Durham, N.C. — Health officials say the number of people sickened by a deadly meningitis outbreak has now reached 105 cases. The number of deaths rose by one Monday to eight, with another fatality in Tennessee.

No deaths have been reported in North Carolina, but the state is investigating possible meningitis cases. State health officials said Monday they have contacted 209 patients who received pain-relieving steroid shots at the North Carolina Orthopaedic Clinic in Durham.

No one from that clinic has come down with meningitis symptoms or gotten sick, according to state health officials. That could be because the patients got their shots in their joint spaces, like the knee or hip, and not in the spine.

Meningitis is an inflammation of the lining of the brain and spinal cord. Symptoms include severe headache, nausea, dizziness and fever.

The type of fungal meningitis involved is not contagious like the more common forms. It is caused by a fungus that's widespread but very rarely causes illness. It is treated with high-dose antifungal medications, usually given intravenously in a hospital.

National health officials have tied the fungal meningitis outbreak to steroid shots for back pain. The steroid was made by a specialty pharmacy in Massachusetts, the New England Compounding Center of Framingham.

The pharmacy has recalled three lots consisting of a total of 17,676 single-dose vials of the steroid, preservative-free methylprednisolone acetate, Massachusetts health officials said.The company has shut down operations and said it is working with regulators to identify the source of the infection.