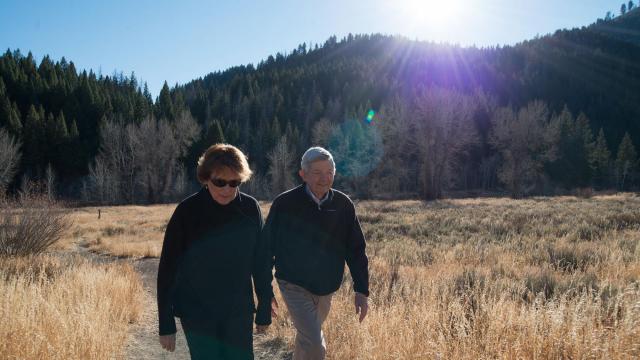 It’s the question at the heart of so much retirement planning: How much money will I need in savings when I’ve stopped working?

To arrive at that number, many people start calculating an estimate of what they will need to live on each month. The figure they come up with often relies on a popular rule of thumb: the 4 percent rule.

This rule holds that if you invest in a mix of roughly 60 percent stocks and 40 percent bonds, you can safely spend 4 percent of your savings annually over 30 years without fear of depleting your nest egg.

So if you retired at 65 with $1 million, you could withdraw $40,000 (adjusted each year for inflation) for living expenses until you run out of money at 95. Add this $40,000 to Social Security and any other income you may be collecting, and that’s your annual spending budget in retirement. Need more than that? You’ll either have to cut expenses or save more money before you’re ready to retire.

There’s a lot of research to suggest that following the 4 percent rule — or something close to 4 percent — is a good way to make your savings last. This approach is at the heart of many popular online retirement calculators.

But does retirement spending actually work that way? Do retirees really spend a fixed amount each year for the rest of their lives?

They do not, many financial advisers and academics say. “This is my 35th year in practice, and I can tell you none of my clients has ever spent on a straight line,” said Neal Van Zutphen, a certified financial planner with the firm Intrinsic Wealth Counsel in Tempe, Arizona. “Your spending habits and your spending needs will change over time.”

Here’s one reason that’s important: You may be closer to having enough money to retire than you think.

“The frustration for clients is they have to save this big bunch of money to produce this big number,” Van Zutphen said. “Some of them hate their jobs, and they can’t wait to get out. As a planner, you feel like you’re torturing the client by making them stay longer and work harder. Instead, why don’t we sit down and figure out what’s really happening with them?”

Although his clients Rod and Jeannie Koleno didn’t hate working in Rod Koleno’s dental practice in Eugene Oregon, they hoped to sell it and retire in 2001, when he turned 59. Van Zutphen showed them that they had enough money to retire a year earlier if they wanted. Their reaction? “Yippee!” Jeannie Koleno recalled.

Van Zutphen was counting on the Kolenos to spend more in their first years as retirees and less as they got older. Which is what has happened. Expenses that hit them hard in their early retired years — helping out their six children a bit and caring for their aging parents — have dropped away. Now they’re living frugally and happily in Ketchum, Idaho.

Financial advisers have a few ways of describing the decline in retirement spending over time. One of the most popular, coined by certified financial planner Michael K. Stein, is to view retirement as three stages: your Go-Go years, your Slow-Go years and, finally, your No-Go years.

Data from the Bureau of Labor Statistics suggests the decline is true. The mean spending for households headed by 55- to 64-year-olds was $65,000 in 2017, according to its Consumer Expenditure Survey. Spending dropped to $55,000 between ages 65 and 74, and after that it fell to $42,000. Housing costs remained steady and health care expenses increased, but nearly every other category — transportation, entertainment, clothing, food and drink — declined sharply.

J.P. Morgan Asset Management has studied the spending patterns of its customers and witnessed the same trend. Spending drop-offs are even more pronounced among retirees with $1 million to $3 million in assets, said Katherine Roy, the firm’s chief retirement strategist.

“It appears the more you have, the steeper the spending decline in real terms,” she said.

Roy figures that traditional financial planning tools — ones that expect spending to keep pace with inflation for 30 years — “could overstate spending in late retirement by 30 percent or more.”

One of her firm’s studies grouped 613,000 JPMorgan Chase customers into profiles based on their spending patterns. These included homebodies, globe-trotters, health care spenders and foodies.

It’s worth figuring out which profile matches your spending, said Wade Pfau, a professor at the American College of Financial Services and director of retirement research at McLean Asset Management. If you fall into one of the first three groups, you may be looking at spending increases throughout your retirement. But people in the biggest group — the 39 percent who spend more than others on food and drink — can reasonably expect the “Go-Go, Slow-Go, No-Go” progression.

“This is the group that tends to spend less as they age,” Pfau said. Even when it declines, retirement spending in today’s dollars doesn’t always follow a straight path. It often resembles a smile, according to a study by David Blanchett, head of retirement research at Morningstar. That is, it starts high, gradually declines, and then increases toward the end of a retiree’s life. He based his study on real-life data from the Health and Retirement Study, a project of the National Institute on Aging and the University of Michigan.

Those later-year gains in spending are almost always related to health care, Blanchett said. Even with those increases, however, retirees in their 70s and 80s still tend to spend less than when they first quit working.

“The real change in annual spending through retirement is clearly negative,” Blanchett said.

This is something financial advisers should go over with their clients, he added. “They can say, ‘The most common assumption is that you’re going to increase your spending by inflation, but here’s the deal: The average person doesn’t do that,'” he said.

“How does that change how you can spend your money?” he said. “One thing it can do is free up money when you can most enjoy it. Take that cruise when you’re 65 or 70 because you’re probably not going to be able to take it when you’re 80.”

Not every financial adviser thinks it’s a great idea to count on lower spending in your later years. Michaela Herlihy, president of Beacon Financial Planning of Cape Cod in Hyannis, Massachusetts, will happily create alternate spending projections for clients who request them, but her recommendation is to stick with the 4 percent rule.

“If clients are front-loading their spending because they’re waiting to supplement it with Social Security or a pension later, I’d feel better about it,” she said. “Otherwise, I would prefer they didn’t.” One danger is that spending more in early retirement, combined with a sharp market downturn, could put your portfolio in a deep hole, jeopardizing your later years. Even without a market crash, it can be jarring to watch your investment account shrink.

“When you say, ‘I’m going to retire,’ and you turn on the spigot from your savings, the shift in psychology is so big,” Herlihy said. “The people who are able to do it more healthily are the ones who see stability in their nest eggs. They go through their retirement years with less worry. The other ones are constantly asking, ‘Are we going to be OK?'”

Planning your retirement around the “Go-Go, Slow-Go, No-Go” spending pattern does require a higher level of risk tolerance, advisers agree. It also takes some discipline. You can’t just go on autopilot. You need to track carefully how much you’re spending and be prepared to adjust if necessary.

This is exactly what Rod and Jeannie Koleno, now 77 and 74, do. They get quarterly updates from their financial adviser, Van Zutphen, and once a year they carefully plot their expenses for the next 12 months.

“We’re spending less than we used to, but more on things like entertainment and vacations,” Jeannie Koleno said. “Not big splashy trips, just fun things with friends and family, things that fit our values.”

Looking back, do they have any regrets about spending more freely in their early retirement? Not a chance, Jeannie Koleno said. “I’m thrilled with the way things have turned out.”