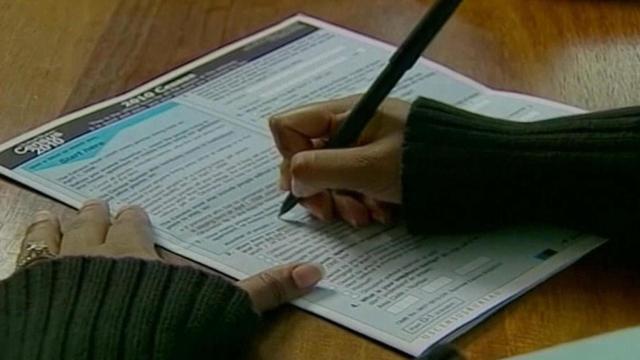 NEW YORK — Seventeen states, the District of Columbia and six cities have sued the U.S. government, saying plans to add a citizenship demand to the census questionnaire is unconstitutional.

The lawsuit, which was filed Tuesday in U.S. District Court in Manhattan, argues that adding the citizenship demand to the 2020 census questionnaire was an arbitrary decision that will "fatally undermine the accuracy of the population count."

A government spokesman did not immediately comment on the filing.

North Carolina Attorney General Josh Stein said the state stands to lose billions of dollars in federal funding for education, highways and other infrastructure, as well as potentially losing congressional representation, if its large immigrant population skips the census altogether to avoid the citizenship question.

"North Carolinians pay taxes to the federal government every year," Stein said in a statement. "In return, they rightfully expect to receive our state's fair share of federal funding for our roads and schools and an appropriate number of representatives in Congress. That's what an accurate census provides for and why I will fight any effort to politicize it."

Several states already have joined a separate lawsuit filed by California's attorney general last week that seeks to block the citizenship question from being added to the census questionnaire.

The NAACP has said the plans for the census will lead to a massive undercounting of blacks.