The family of David Ruben Green Jr. released the following written statement to the news media on Oct. 28, 2010. 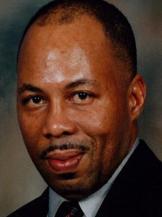 My mother has designated me our family spokesman and has asked that I give David, Jr. a voice as the events surrounding his death are investigated, litigated, and publicized. We are devastated by David Jr.'s death and could have never imagined the bewildering set of circumstances surrounding his murder. I initially reported David Jr. missing to the Wake County Sheriff's Dept. Our attempts to locate David Jr. started well before filing a missing persons report. It has been a long and arduous journey that ended with the authorities discovering his remains in his home. We have worked very closely with Wake County Sheriff's department investigators to find my brother. Now we must support the Sheriff’s Department and DA's efforts to thoroughly gather all the facts and evidence associated with his murder. The Wake County Sheriff's Department and District Attorney’s office have our 100% support as they thoroughly investigate and try all persons responsible for his murder. Please do not distract Wake County and State resources and my family by reporting unconfirmed information.

I have attached a very recent photo of David, Jr. and request you to use it when you report this story. We ask you to please refrain the use of the previous photo. David, Jr. was a wonderful, loving, son, brother, cousin and friend to all that knew him. His memory deserves dignity and respect. Please remember his family is a part of your audience when you publish. We ask you to understand we are a family in grief. We are deeply saddened by the loss of David, Jr. at the hands of those he loved most. My family formally requests the newspaper and broadcast media to give us the necessary time and space to grieve privately with the dignity David, Jr’s memory deserves. He was a human being and should not be mortified through reporting unconfirmed details surrounding his death and disappearance. The media has a responsibility to double check and verify all information they choose to report. We will grieve privately as a family and ask you to please respect my family's decision to do so.

Any statements provided by any relative other than me have not been sanctioned by our family and should be viewed as an attempt to further sensationalize his murder. They simply reflect attempts by others to get their name in the paper. Understand my mother has lost her son. We fully expect you to respect our family's dignity and comply with our requests of privacy and will contact you when we have some constructive input.