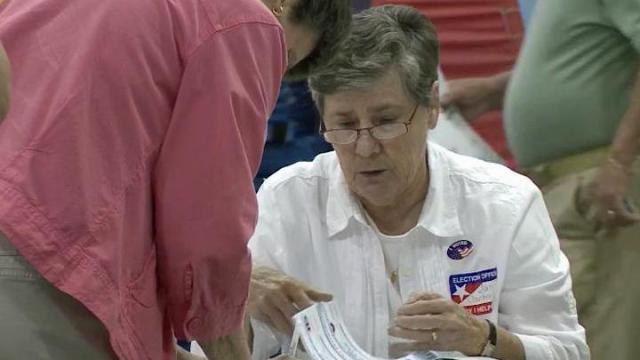 Raleigh, N.C. — State elections officials are getting ready to send an early heads up to roughly 200,000 voters who may not have one of the forms of photo identification they will need to cast their ballot in next year's elections.

North Carolina's voter ID requirement, which is being challenged in both state and federal lawsuits, is not scheduled to go into effect until this time next year, when the state will hold its presidential preference primary. But an estimated 3 percent of the state's 6.3 million voters may lack government-issued photo identification prescribed by the law, according to a recent State Board of Elections study cited by the U.S. Government Accountability Office.

"The other thing that's helped us is they've allowed such a long lead time," said Josh Lawson, a spokesman for the State Board of Elections.

That lead time could help the state avoid experiences of Kansas and Tennessee, where the GAO found that new voter ID requirements depressed turnout, particularly among younger voters, minority voters and voters who had recently registered to vote. Elections officials in those states dispute the GAO's findings, which suggest that certain groups could be discouraged from voting by a newly implemented voter ID requirement.

To combat those trends, elections officials say they began outreach efforts during the 2014 election, when voters coming to the polls were notified they would need an ID in the next election. Mailers have already gone to some 10,000 voters who signed a form during the 2014 election saying they did not have an acceptable form of ID. The next step will be a mailing this month to about 200,000 voters identified through the use of databases. Voters should expect to see broadcast commercials during the latter part of this year.

A much-debated part of the ID law has been the availability of free IDs, meant to ensure low-income residents wouldn't be blocked from voting. Those who have brought lawsuits against North Carolina's law say that it's not just the cost of the ID itself but the time involved in travel and time missed from work that will keep lower-income voters from obtaining the needed documentation.