State to pay $2.5M to family of inmate who died of thirst 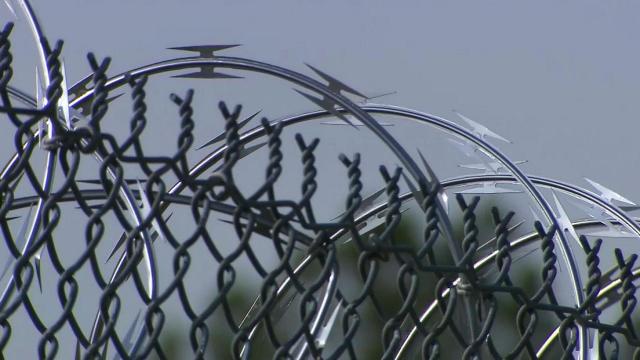 Raleigh, N.C. — State officials will pay out a $2.5 million settlement to the family of a mentally ill prisoner who died of dehydration last year five days after he was left in handcuffs in solitary confinement.

Correctional officers found Michael Anthony Kerr dead on March 12, 2014, after transporting him from Alexander Correctional Institution in Taylorsville to Central Prison in Raleigh.

An Army veteran who suffered from schizoaffective disorder that went untreated for at least six months, Kerr was serving a 31-year sentence at Alexander Correctional for firing a weapon at private property and repeated felony convictions. He had been held in solitary confinement for more than a month before his death.

The final days of Michael Kerr

In the months that followed, 25 people resigned or were disciplined by Department of Public Safety in the case. But following appeals from several fired employees, judges have so far reversed two of those terminations and settled with three others, including Alexander Correctional's acting warden at the time.

Although the department's firing of a prison captain was upheld by a judge in December, he's now taken the case to the North Carolina Court of Appeals.

While no charges have been filed, a federal investigation is ongoing.

DPS officials announced the settlement with Kerr's estate Monday afternoon. In a press release issued at 5 p.m., the department said insurance will pay $1.5 million of the $2.5 million.

Pam Walker, director of DPS Communications, referred all questions to the settlement agreement.

In the agreement, the administrator of Kerr's estate agrees to forgo any claims wrongful death and other civil action against the department for actions from Jan. 14, 2011, to March 12, 2014.

The payments "are not to be construed as an admission of liability," but the agreement does promise a letter of apology "from a high-ranking official" at DPS.

The release said the Division of Adult Correction and Juvenile Justice was committed to improving the treatment of those with mental illness, noting that 1,800 staff members had already received crisis-intervention training and that department leaders had requested more funding to improve mental health services.