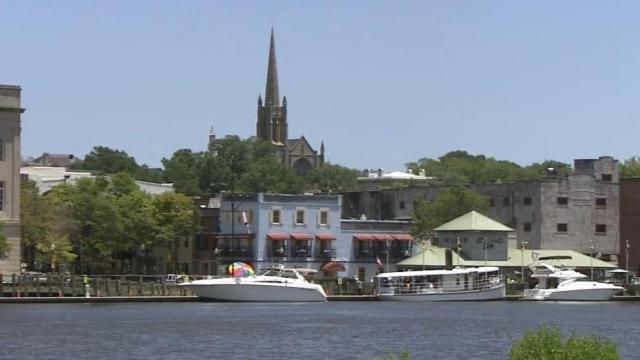 Wilmington, N.C. — State officials announced late Friday they've lowered the amount of the chemical compound GenX allowed before drinking water is assumed to be a health risk. Tests show the levels of the chemical in the Cape Fear River have been five to six times above that threshold within the past month.

The Cape Fear River is the source of drinking water for hundreds of thousands of people in eastern North Carolina.

Chemours, a chemical manufacturing plant near Fayetteville, has been discharging the compound into the Cape Fear watershed for years. Water near the plant was tested several weeks ago. At the time, officials said it was well below the state’s preliminary health risk threshold of 71,000 parts per trillion.

However, after consulting with the U.S. Environmental Protection Agency, state officials lowered the health safety threshold for GenX to 140 parts per trillion. Samples taken as recently as June 22nd tested at several times that level.

According to DHHS, the updated threshold is based on toxicology data and is still subject to change.

There is little data on the long-term health effects of GenX in drinking water. Samples were analyzed at the EPA lab in Research Triangle Park and at a lab in Colorado under contract to Chemours.

Levels of GenX are decreasing rapidly as Chemours cuts its discharge of the chemical on orders from state environmental regulators. It's been in the Cape Fear river since at least 2014.