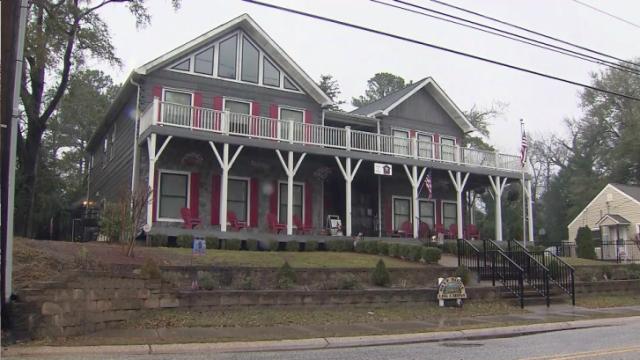 Fayetteville, N.C. — The North Carolina Attorney General's Office and the Secretary of State's Office have accused a Fayetteville woman who heads a nonprofit that provides housing to homeless female veterans of soliciting charitable contributions without a license and other violations of state law.

The state agencies told Barbara Sumney Marshall in a letter Monday that they are ready to file suit to shut down Jubilee House unless she turns over her financial records and information about the charity's operations, ceases all charitable solicitations and hires a CPA for a complete audit.

Jubilee House was built on Langdon Street in 2011 for the ABC reality show "Extreme Makeover: Home Edition." Marshall also is president of Steps & Stages Disabled Veterans Resource Agency, which has been under investigation for several years by the Charitable Solicitation Licensing Section of the Secretary of State's Office.

Officials began looking into the nonprofit's license after homeless advocates complained that Marshall turned women away from Jubilee House. She was jailed briefly in late 2013 for refusing to turn over documents from Steps & Stages to state investigators.

The letter states that Steps & Stages "has exceeded or abused the authority conferred upon it by law," including potential conflict of interest, failing to use contributions "in a manner consistent with the purpose for which they were solicited," failing to maintain proper records and turning false documents over to the state.

Marshall has 20 days to comply with the state's demands, or the agencies plan to seek a court order dissolving Steps & Stages.

"The Department of the Secretary of State and the Office of the Attorney General would like to see the public contributions used to benefit the worthy cause for which they were solicited. We are interested in working with you to find a solution that will accomplish that goal," officials of the two agencies wrote in the letter.