State moves transgender inmate, but not to women's prison

Raleigh, N.C. — Activists demanded Monday that a transgender inmate be moved from an all-male prison to a state facility that houses women, with the American Civil Liberties Union threatening a lawsuit if the move isn't made.

Despite the threat, a 5 p.m. deadline passed with no lawsuit. But Kanautica Zayre-Brown is no longer in Harnett Correctional Institution, either.

Zayre-Brown was moved last Thursday to Warren Correctional Institution in Manson, where she is housed in a single cell as opposed to an open dormitory, according to Department of Public Safety spokesman John Bull.

"[That] has been deemed the most appropriate placement at this time," Bull said in a statement. "[The state Division of Adult Correction] has been and will continue diligently conducting research on legal precedent and best practices across the country with an eventual goal of moving Zayre-Brown to a female facility." 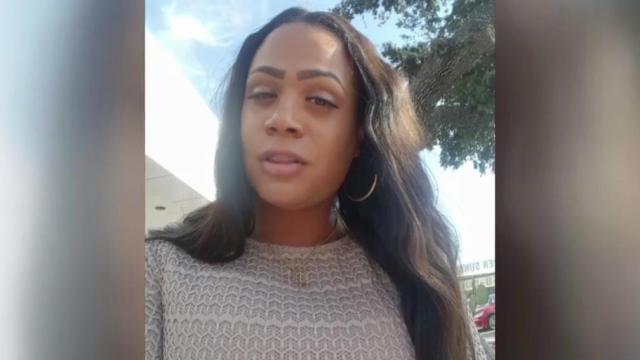 Zayre-Brown, 37, began a series of surgeries in 2012 to transition to a woman. In October 2017, she was sentenced to nearly 10 years in prison for insurance fraud and other crimes.

In a February interview with WRAL News, she said she wasn't asking for special treatment, only to be housed in a prison that matches her gender.

The state still has her listed by her birth name, Kevin Chestnut, and as a male.

At Harnett Correctional, she slept in an open room with 37 men and shared a community shower and bathroom with them.

The ACLU sent a letter to state prisons director Kenneth Lassiter four weeks ago, giving the state until the end of Monday to transfer Zayre-Brown to a women's prison or face legal action.

"We believe that trans-women are women and should be held in a women's facility, period," ACLU spokeswoman Molly Rivera said. "Moving her to another men's facility does not ensure her health, safety or dignity. We will keep fighting for Kanautica until she is moved to a women's facility."

More than 500 people have signed a petition seeking her transfer.

"Over the last two years, Kanautica has repeatedly requested transfer to a women's facility and has been repeatedly denied by the state," advocate Tommi Hayes said at a Monday morning rally outside the State Capitol.

"It is inappropriate. It should not have taken this long," advocate Serena Sebring said.

"This is a situation that affects so many people, and it's affecting Kanautica right now. My heart goes out to her because I understand," said Aidan Malsbary, a transgender male protestor.

"I think their ultimate goal would be to transfer her to a woman's prison, but they are working through the safety precautions and the methods that they have to go through," he said.