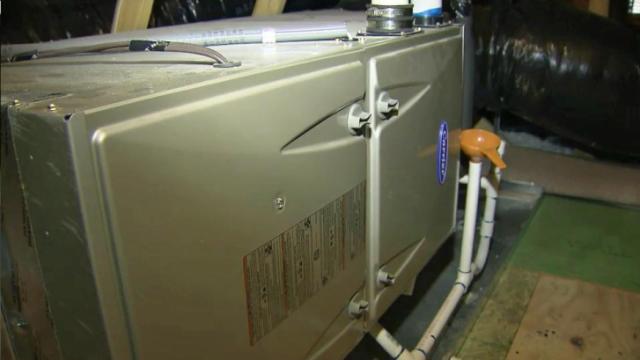 Raleigh, N.C. — After a cold winter in which high-efficiency heating units, some called "green" or "90 percent plus," installed in thousands of North Carolina homes froze up, lawmakers are moving quickly to update the building code.

The energy-efficient furnaces create more condensation which, when routed outside of the home, froze in the cold, causing the heaters to shut down. Builders suggested that homeowners keep their condensation pipes from freezing by pouring hot water on the pipes, using a lamp to thaw them or even wrapping them in beach towels.

Because of the existing building code, the heaters' condensation was run to smaller, more exposed pipes that were more likely to freeze.

Dan Tingen, chairman of the North Carolina Building Code Council, said it is a case of the code not keeping up with new technology, and he promised a change.

State lawmakers are considering a measure that would allow the dripping to be fed into other pipes in the house, like the laundry or wastewater collection system.

The bill has yet to pass the House.