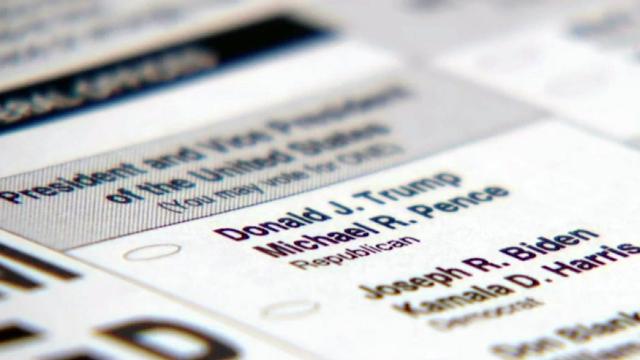 Raleigh, N.C. — The State Board of Elections told local elections officials Thursday to just hold on, for now, to absentee ballots that come in missing witness signature on the ballot envelope.

The edict went out in a memo from State Board of Elections Executive Director Karen Brinson Bell.

"Take no action" on the ballots, the memo states.

It's an about-face after a federal judge blasted the State Board of Elections on Wednesday, saying their earlier moves on this issue didn't comply with a court order he issued in August.

There's a hearing planned in that case next week.

There's a hearing Friday in a separate, but related, case in state court. There are a number of things at issue in both lawsuits, but for now ,the focus is on what to do with ballots that have problems in the witness section.

State law requires a witness to sign the ballot envelope when someone casts an absentee vote by mail. In the past, anyone who missed that step had to vote a new ballot, with the old one being spoiled so it wouldn't count. 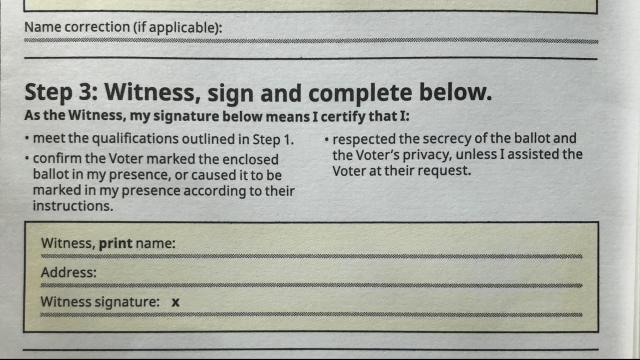 With the pandemic expected to boost absentee voting by mail to unprecedented numbers, numerous left-leaning groups and groups aligned with the Democratic Party sued, arguing that it takes too long for a new ballot to go back and forth in the mail. The State Board of Elections decided last week to settle the case by letting voters fix witness issues the same way they fix a number of other absentee ballot issues: With an affidavit the voter signs instead of a new ballot.

Meanwhile, Wake County Superior Court Judge Bryan Collins plans a hearing Friday morning on many of the same issues. That hearing initially was set to decide whether Collins would sign off on the proposed settlement now declared to be in violation of a a federal court order. Senate Republicans called on Brinson Bell and Attorney General Josh Stein in a letter Thursday to drop that settlement and "put this matter behind us."

"Enough damage has been done already," they wrote. "Enough confusion and chaos has engulfed the election process and your actions have created unnecessary burdens on voters. ... Stop trying to change those laws in the middle of the election."

Until everything is sorted out and a final procedure is in place to let people fix issues with their ballots, Brinson Bell told local election offices to just hold on to any absentee ballots without a witness signature.

"Absentee envelopes with a missing witness signature shall be kept in a secure location and shall not be considered by the county board until further notice," she said in the memo states.

County boards of election can still ask voters to sign an affidavit to fix other ballot problems, including incomplete witness information, the new memo states. The memo's "take no action" edict applies only to ballots missing the witness signature.

"Once the State Board receives further direction from a court, we will issue guidance to county boards on what actions they should take regarding container-return envelopes with a missing witness signature," the memo states.

The issue can be a convoluted one, and it's hotly contested, as are a number of other matters surrounding absentee ballots in North Carolina, including how long the Postal Service should have to deliver ballots back to election offices before they're no longer counted in the Nov. 3 election.

But the number of ballots with witness issues is relatively small, likely numbering in the thousands out of more than 304,000 ballots that have already been filled out and returned.

It's not clear how many voters with problems in their witness section have already been told they can clear it up with an affidavit – advice that may not get their vote counted in the end. Wake County Elections Director Gary Sims said Thursday that at least 97 people in Wake County alone were told to do it this way.