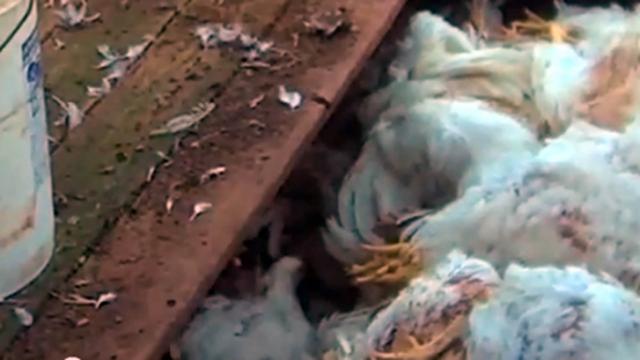 Fuquay-Varina, N.C. — The State Bureau of Investigation is looking into allegations of animal cruelty at a Harnett County chicken farm, authorities said Thursday.

Animal-rights group Compassion Over Killing collected undercover footage at Prince Poultry, off Cokesbury Road southwest of Fuquay-Varina, of chickens being buried alive, thrown at walls and suffering from ammonia burns. The group turned the video over to Harnett County authorities, who asked the SBI to investigate.

The state Department of Agriculture and Consumer Services also might be investigating the case, authorities said.

"“Day in and day out, these animals endure absolute misery. If dogs or cats were subjected to the same abuses as chickens, it would lead to criminal prosecution,” Erica Meier, executive director of Compassion over Killing, said in a statement.