Durham, N.C. — A state inmate who walked away from a work-release assignment on Monday evening was captured overnight in Durham, authorities said.

Robert Terrell, 42, is serving a six-and-a-half year sentence as a habitual felon and was due for release from the Orange Correctional Center in Hillsborough next August.

Officials said he left his workplace on East Club Boulevard in Durham around 6 p.m. He was arrested Tuesday around 2:30 a.m. at Cornwallis Road and South Roxboro Street, and he was driving a car stolen from his mother, authorities said.

"He was arguing with them a little bit," said Trevon Terry-Williams, who witnessed the arrest. "There were telling him to get down on the ground. There were about six cops on him, so he didn't really have much of a choice." 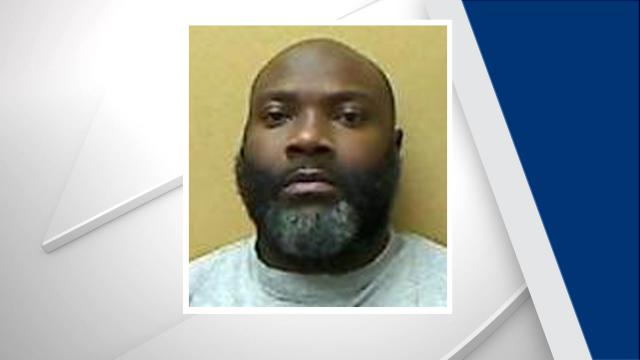 Terrell will face escape charges for escape and larceny of a vehicle.

Department of Public Safety spokesman John Bull refused to disclose where Terrell was working, calling it a safety issue. DPS officials are investigating whether to allow other inmates to work there, he said.

Terrell was the ninth state inmate to walk off a work-release site this year, Bull said. All were later recaptured.

About 1,200 minimum-security inmates are on work-release on any given day, he said, earning at least minimum wage on jobs in construction, food service, landscaping and other industries.

The inmates are supervised only by their employers, although the state has a pilot program in Wake County in which work-release inmates wear ankle monitors while on the job.

"I don’t think that you can hold an employer to maintain incarceration of a citizen. That’s a bit of a responsibility that’s not theirs," said Solomon Burnette, who served time almost two decades ago for robbery and drug offenses.

"I think everybody's thinking about escaping from any situation that they're in that they feel closed in," he said. "So, I think that’s relatively normal."

Burnette said he was never granted work-release, although he was on a supervised inmate work crew cutting down trees along state highways.

"For me, it represented modern-day slavery because I was getting paid 70 cents a day to chop down trees like a Paul Bunyan," he said.

Inmates on work-release are usually near the end of their sentences and are selected based on a number of factors, including behavior.

"I think it’s very important for people who are incarcerated to maintain contact with the outside world and to have the opportunity to work," Durham resident Catherine Grodensky said. "I think it definitely should continue to be a priority."

"[It] is a very essential thing for inmates, if they can get it, simply because incarceration cultivates psychosis, in no uncertain terms," he said.

He said he fears the few who abuse the system could ruin it for everyone else. But at the same time, he said he knows where they're coming from.

"I can't blame nobody for getting free," he said.