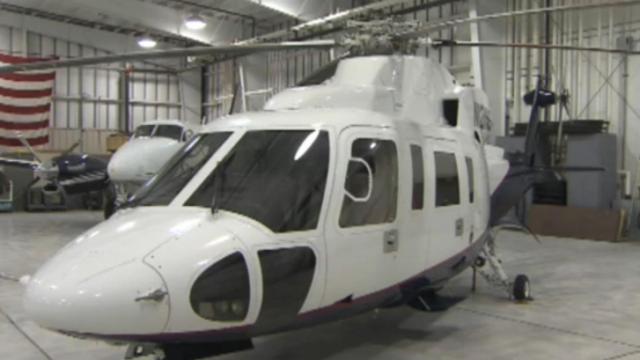 The decision to sell the Sikorsky helicopter was based on its infrequent use and high cost of operation. Jettisoning the chopper will save the state more than $250,000 a year, officials said.

“This is one more example of how state government is operating more efficiently by taking a close look at resources and finding ways to cut costs,” McCrory said in a statement Friday.

The North Carolina Department of Transportation and other state agencies used the helicopter to monitor disaster recovery and take trips for economic development. The department is negotiating a contract with a private helicopter owner for use of the aircraft when needed.

NCDOT did not say how much the helicopter will be listed for on eBay.

The department is working to consolidate its air fleet, which also includes two twin turbo-prop planes and a Cessna Citation Bravo Jet.