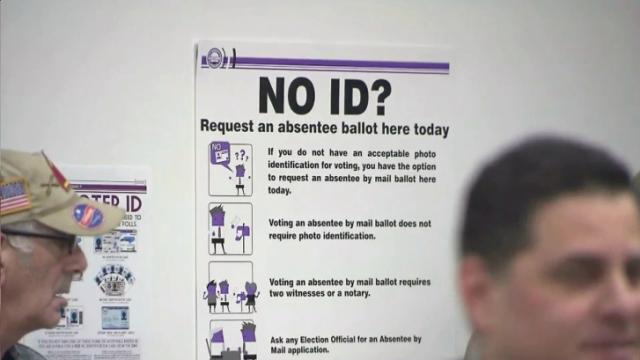 Raleigh, N.C. — The thicket of litigation over North Carolina election laws has been momentarily pruned, but a state-level voter ID trial could blossom again depending on action by the U.S. Supreme Court.

After a status hearing with lawyers for the state and plaintiffs lawyers from the Southern Coalition for Social Justice, Superior Court Judge Michael Morgan ruled that a state trial on voter ID issues would not move forward unless the Supreme Court acts to reinstate the requirement.

"We all agree that it doesn't serve the public to go to trial over a law that can't be enforced," Anita Earls, a lawyer with the SCSJ, told the court Tuesday.

The 4th U.S. Circuit Court of Appeals struck down North Carolina's voter ID law last month. For the time being, that means the law won't be in effect when voters go to the polls this fall.

However, the court will retain jurisdiction over the case and could restart the state trial if the federal court order is reversed.

Gov. Pat McCrory has pledged to appeal the court ruling, and lawyers on both sides of the case say they expect the state to formally ask the Supreme Court for an emergency stay of the 4th Circuit order on Wednesday. Until that federal case is completely finished – either when the Supreme Court refuses to hear it or issues a ruling one way or another – lawyers on both sides of the case said the state court should keep its case alive and ready to be reactivated.

A formal order in the case is expected later this week.