State board critical of election officials in Watauga 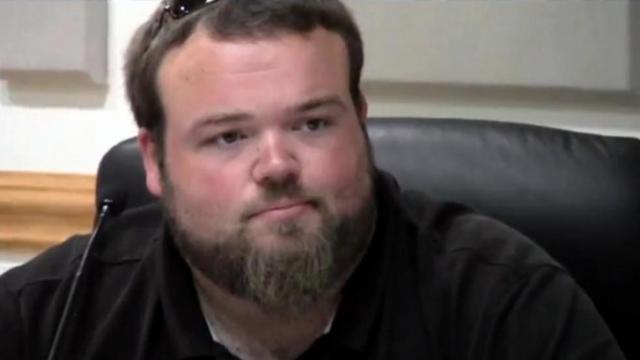 To drive home the point that grandstanding and in-fighting by members of either political party is not acceptable, state board Chairman Josh Howard dispatched fellow state board members Paul Foley, a Republican, and Joshua Malcolm, a Democrat, to "huddle" with members of the local board.

"I hope the gravity of the state board members coming to sit down with them is not lost," Howard said.

"That is not going on in any other county seat," he continued, adding that Friday's case was "not the first time" in-fighting in Watauga County had garnered state-level attention.

No date was set for visits or phone calls, but it was clear the state board members felt they needed to step in to correct the behavior of a local board that had repeatedly shown up on their agenda.

The State Board of Elections sets election policy and oversees county boards of elections. It is up to county boards to actually run elections. Typically, matters from the counties come to the state board only when members can't reach a unanimous decision, a complex legal matter requires further review or candidates appeal the decisions of the local board.

Members of the state board, as well as all 100 local boards, turned over this year following Gov. Pat McCrory's election. Through the interaction of different laws and executive prerogatives, the party of the sitting governor gets two out of three seats on local boards. So, when McCrory, a Republican, took over from former Gov. Bev Perdue, a Democrat, the GOP took over all local boards of elections.

In Watauga County, Republicans Luke Eggers and Bill Aceto took office as chairman and secretary of the that county's board. Democrat Kathleen Campbell also was appointed this year.

Their tenure has been marked by strife, including a partisan-driven disagreement over where students at a local college would vote. The state board overturned that decision, a decision that was hailed as a victory for students at Appalachian State University.

Rancor has continued, and a complaint filed in October alleged Republican members of the board were making decisions behind closed doors and improperly meeting with County Attorney  Stacy "Four" Eggers, Luke Eggers' brother and a former member of the county board.

During Friday's proceedings, state board members repeatedly challenged Stella Anderson, a former Watauga County Board of Elections member and one of the Democrats who brought the complaint, to identify an instance in which the current Republican-majority board had broken the law.

In one exchange, state board member Paul Foley, a Republican, pushed Anderson as to why she didn't bring an affidavit from a local candidate for town council who she alleged had been threatened by Aceto.

Anderson said the candidate in question didn't want to come forward during an election. Foley pushed back that her explanation didn't make sense because she and her co-complainants had filed supplemental material since the election.

In another exchange, Anderson told Malcolm that the board's process was leading to rushed decisions that the public didn't have a chance to vet.

"We're not judging people on whether they're making smart decisions," Malcolm said. "I think some of the decisions from Watauga County from all three board members, not just Aceto and Eggers, have not been very smart and haven't garnered the support of the community. To be honest with you, I don't think they're that great of administrators."

That said, Malcolm told Anderson she hadn't effectively built a case that would allow the state board to act to remove any of the local board members.

Later in the meeting, Howard noted that he took comfort that nobody had challenged the results of any Watauga County elections in 2013. But he was still frustrated. At one point during the hearing, he remarked that Watauga County voters might be better served by simply taking "the first three names in the phone book" to be the elections board rather than party-chosen appointees.