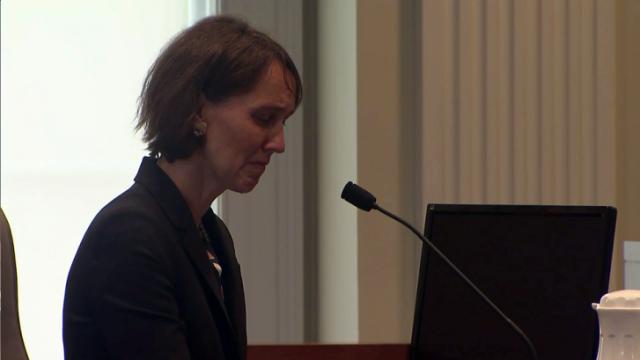 Raleigh, N.C. — A disciplinary panel of the North Carolina State Bar has dismissed a complaint against a lawyer who participated in the first case to be heard under the Racial Justice Act, five months after the lawyer was admonished for her actions in the case.

Cassandra Stubbs was part of a team of lawyers who represented Marcus Robinson, whose death sentence was commuted in 2012 after a judge determined race played a factor in how jurors were selected for Robinson's 1994 murder trial.

The State Bar responded to an anonymous complaint filed against Stubbs and fellow attorney Gretchen Engel by charging them with providing inaccurate information to the judge in Robinson's hearing in violation of the rules of professional conduct for attorneys.

The Racial Justice Act, which state lawmakers repealed in 2013, allowed death row inmates to challenge their sentences by using statistical evidence to show racial bias during their trials. In Robinson's case, Stubbs, Engel and others gathered affidavits from blacks who were excluded from the jury, but the State Bar alleged that information contained in two affidavits didn't jibe with other evidence in the case and that neither Stubbs nor Engel tried to correct them before submitting them as evidence.

After Stubbs was found to have violated the rules of professional conduct, a second disciplinary panel cleared Engel of any wrongdoing last fall. Stubbs then asked her panel to reconsider her case and, in an order signed Sunday, she was found not to have violated any rules, and the case against her was dropped.