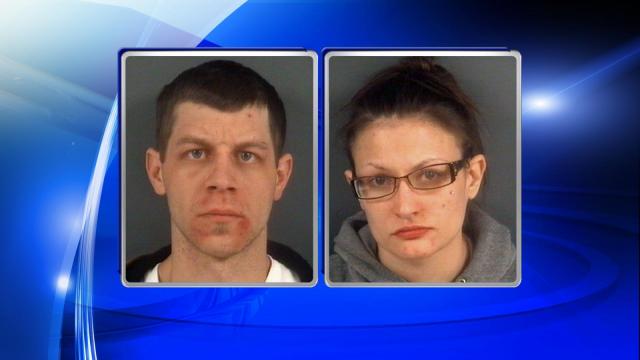 Fayetteville, N.C. — A Fayetteville couple was arrested Thursday after authorities said they abandoned their dogs in an apartment without access to food or water.

Cumberland County Animal Control officers responded to a call at 412 Oakridge Road on Tuesday, after hearing concerns that a dog had been abandoned in the apartment. Officers posted a 24-hour notice on the apartment door for the owners to contact Animal Control.

When they returned on Wednesday, officers had the property manager open the door so they could check on the animal. Officers said that they found one dead dog and one living one inside. There was no food or water in the dog’s metal crates.

A necropsy found that the deceased dog had no trace of food in her stomach or intestines. Other than starvation, the dog had no other health issues that would have caused its death, said Director of Animal Control Dr. John Lauby.

At the time of necropsy, the dog weighed 15 pounds. Lauby estimated that the dog was between 1 and 3 years of age and should have weighed about 35 pounds.

Frankie Lynn Barker, 30, and Danielle Elizabeth Durocher, 27, were arrested and charged with felony cruelty to animals. They were being held at the Cumberland County Jail under $10,000 secured bonds.

Both were scheduled to appear in court Friday afternoon.