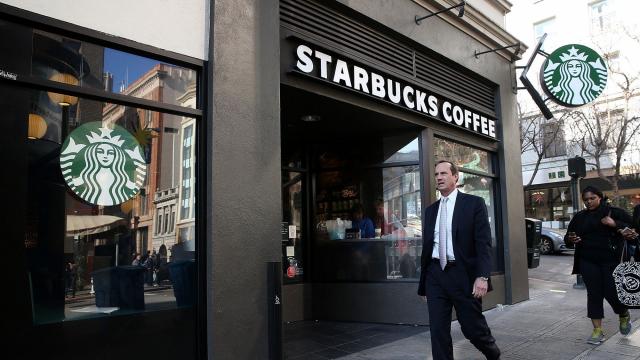 The company laid out the plan in its fourth-quarter earnings release on Thursday. Starbucks (SBUX) added about 600 new stores in the most recent quarter and has over 29,300 restaurants overall. Last year it opened nearly 2,300 stores.

CEO Kevin Johnson said that in 2019, the company will "focus on our long-term growth markets of the U.S. and China," its two biggest markets.

Revenue grew to $6.3 billion in the quarter that ended in September, up 11% from the same time last year. In the three months ending in September, comparable store sales grew by 4% in the United States and 1% in China.

The company pointed to several reasons for the strong domestic performance, like an uptick in afternoon sales, increasing employee efficiency in stores and customer enthusiasm for iced drinks.

Starbucks has expanded its portfolio of cold drinks to include low-sugar iced teas and cold brew coffees as Frappuccino sales have waned. And for the first time this year, the company expanded a happy hour promotion to include drinks beyond just Frappuccinos, and limited discounts to customers who register online or use the Starbucks app.

But Starbucks still sees a boost from its more indulgent drinks, like the Pumpkin Spice Latte. "It did a nice job for us in the quarter," chief operating officer Roz Brewer said on an analyst call Thursday.

The company unveiled its new holiday cups earlier on Thursday.

Starbucks is also doing a good job of adapting to how consumers want to get their coffee.

In the United States, more than 80% of the new stores added this year were drive-thrus. Brewer said that overall, drive-thru stores "well outperformed" cafes in the quarter.

The Seattle-based coffee chain announced in May it plans to build 3,000 new stores in mainland China over the next few years. It wants to almost double its number of coffee shops in the world's second largest economy to 6,000 before the end of 2022. This year's growth in China was driven by new store openings.

Shares of the company jumped around 9% after the bell in response to the positive earnings report.