Stanback stepping down as Durham DA 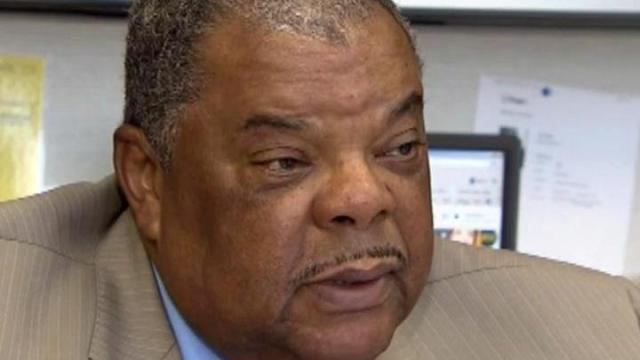 Durham, N.C. — Leon Stanback, who was tapped to fill in as Durham County district attorney more than two years ago when a public feud with a judge cost the county's top prosecutor her job, announced Friday that he will retire at the end of the month.

"I have been fortunate to have been able to work with the hard-working District Attorney's staff that ably represents the State of North Carolina and the victims of crime in Durham County," Stanback said in a statement. "I also want to thank the Durham County Sheriff's Office and the Durham Police Department for their close working relationship with my office during my tenure."

Stanback served as a Superior Court judge from 1989 until he retired in 2009. Then-Gov. Beverly Perdue asked him in early 2012 to take over in Durham County after District Attorney Tracey Cline was suspended for publicly accusing Superior Court Judge Orlando Hudson of being biased against her and her office. Cline's claims were found to be groundless, and she was subsequently removed from office.

Stanback stayed on to rebuild morale inside the District Attorney's Office – Cline was the second district attorney to be ousted in five years – and public confidence in local prosecutors and the justice system.

During his tenure, he has had to review investigations into several officer-involved shootings in Durham, but he didn't find that criminal charges were warranted in any of the cases.

“I would like to thank Leon Stanback for his service to Durham County and North Carolina,” McCrory said in a statement. "He has exhibited great leadership, and the state has benefited from his time spent with the District Attorney's Office."

Echols has been with the Durham County District Attorney's Office since 2010. He previously worked as a prosecutor in Caswell and Person counties for 12 years. He received his bachelor’s degree in economics from the University of North Carolina at Chapel Hill and his law degree from the University of Tennessee College of Law.

"Roger Echols has seen firsthand the workings of the District Attorney's Office, making him a perfect choice for this position," McCrory said. "This experience, plus his esteemed reputation and leadership skills, will serve the county well."