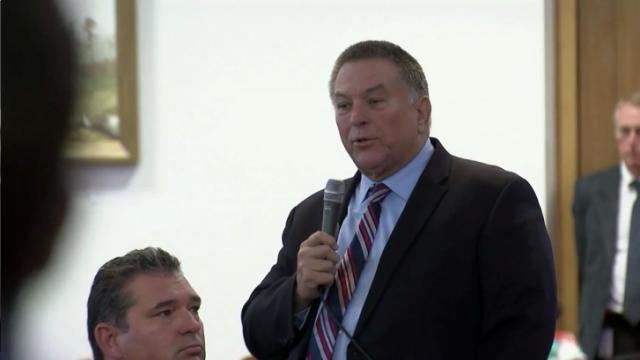 "I will not be a candidate for re-election to the House," said Stam, R-Wake, adding that he will be back for the 2016 session, which is scheduled to start in April.

Stam, 65, an eight-term veteran of the chamber, is a lawyer from Apex. Before Republicans took control of the House following the 2010 elections, he served as House minority leader. In the three terms since the GOP takeover, Stam has been speaker pro tem, the No. 2 position in the chamber.

After his announcement, Stam shook hands with a long line of lawmakers who wished him well.

Rep. Charles Jeter, R-Mecklenburg, greeted Stam by calling him, "The best seat-mate a freshman could ever have."

Members of the House sit in pairs, and seat-mates often serve as mentors to their younger colleagues.

Stam cautioned well-wishers that he wasn't finished yet, saying, "I've got a big list to get done."

When asked why he stayed in office for what will be 16 years, he said, "The longer I was here, the more problems I saw that needed to be fixed."

Asked what stood out to him from his time in office, he pointed to a bill that provides taxpayer support for special needs students to attend private schools. That bill passed in 2011, and he has helped secure funding for it ever since, along with a broader measure that funds similar scholarships for other students.

Stam has also been known as a stalwart of the social conservative movement, pushing forward a now-defunct constitutional amendment banning gay marriage and bills limiting abortion.

Asked whether he thought enough had been done to curb abortion, he said, "There will never be enough until it is stopped."