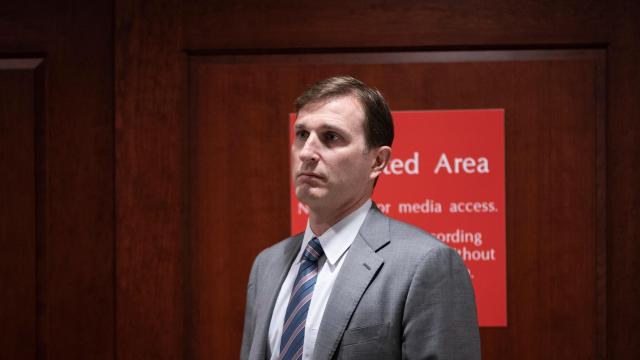 CNN — The underpaid and overworked lawyers on Capitol Hill will have their turn in the spotlight on Wednesday, as Daniel Goldman and Steve Castor emerge from their temporary home in the basement of the Capitol to publicly question for the first time key witnesses in the impeachment inquiry of President Donald Trump.

For over a month, Goldman and Castor led the questioning of witnesses in the private impeachment proceedings, gathering information into whether Trump abused his power in pressuring Ukraine to launch two politically beneficial probes, while using a coveted White House meeting and nearly $400 million in military aid as leverage.

The House Intelligence committee have invited Bill Taylor, the top US diplomat in Ukraine, and George Kent, a top State Department official overseeing Ukraine policy, to be their first witnesses to testify in public. Each hearing will begin with chairman Adam Schiff, Rep. Devin Nunes, the top ranking Republican, and their counsels — Goldman and Castor — to question witnesses for up to 90 minutes (two sets of 45 minutes for each side of the aisle) before other members of Congress get their chance.

Democrats chose Taylor and Kent as their first two witnesses because they saw "the full timeline" and "the full scope" of Trump's "misconduct," according to a House Democratic aide.

In October, Taylor contradicted Trump's view that there was no quid pro quo, testifying that it was his "clear understanding" that "security assistance money would not come until the President (of Ukraine) committed to pursue the investigation," citing conversations with White House and State Department officials who have since corroborated his account. Taylor also said that Trump wanted Ukrainian President Volodymyr Zelensky to "go to a microphone" to announce the investigations.

Goldman, the panel's senior adviser for the Democrats, and Castor, the House Oversight committee's general counsel for the Republicans, have been key figures in the inquiry, guiding witnesses through their timelines, urging them to describe in detail what they learned when and following up with short, pointed questions.

In hundreds of pages of testimony released by the Intelligence committee, it's clear Goldman and Castor were keen to learn about the two investigations Trump and his personal lawyer Rudy Giuliani sought: one into Burisma, an energy company in Ukraine that employed former Vice President Joe Biden's son Hunter on its board, and another into an unsubstantiated theory that Ukraine interfered in the 2016 election on behalf of Hilary Clinton. The US intelligence community has found that Russia interfered in that election to boost Trump.

During Taylor's testimony, Castor asked the ambassador whether it'd be appropriate to investigate Burisma and reopen corruption cases there and whether Ukraine attempted to intervene in the 2016 election.

Goldman asked Taylor about the role of Giuliani in pushing for the investigations and whether Taylor understood that the White House meeting and aid would be conditioned to them.

While Republicans and Democrats have usually been cordial behind closed doors, they've sparred over questions surrounding the identity of a government whistleblower who sparked the impeachment inquiry, according to the transcripts. After a July 25 phone call between Trump and Zelensky, the whistleblower submitted a complaint charging that Trump "is using the power of his office to solicit interference from a foreign country in the 2020 US election." Democrats have shut down Republican efforts to ask questions they think could reveal the whistleblower.

Castor as 'almost the sole survivor'

While Goldman and Castor now share a common experience in the middle of the impeachment inquiry, they come from different backgrounds.

Castor is a veteran of the House Oversight Committee, serving under five Republicans since 2005. In that time, Castor has been a key player on a number of investigations, including into the Justice Department's botched gun trafficking operation known as Fast and Furious, the IRS targeting of conservative organizations, the Trump White House overriding security clearance denials and other high-profile probes. Castor's skill set was deemed so valuable that he was added to the Intelligence Committee so that he could participate in the impeachment hearings.

He was "almost the sole survivor" of Rep. Jason Chaffetz's "purge" of staffers formerly under Rep. Darrell Issa due to his expertise and experience, according to Issa.

"Everyone said that he was just too good a lawyer not to have," Issa told CNN. Castor continued to rise under his next two bosses, Reps. Trey Gowdy of South Carolina and Jim Jordan of Ohio.

Issa noted that Castor could have cashed out years ago and gone to a firm to represent those who come before Congress.

"That's not what drives him," Issa said. "He's an institutionalist."

Goldman is not, but he has ample other experience. Schiff hired Goldman earlier this year, following a couple years as an NBC legal analyst and a ten-year career as Assistant United States Attorney in the Southern District of New York.

Elie Honig, a CNN contributor who overlapped with Goldman at the US District Court for the Southern District of New York, said on Twitter that he and Goldman worked on case to try mobsters on racketing and murder charges.

Brooke Cucinella and Goldman were in charge of the prosecution of Billy Walters in a $43 million insider trading scheme. Cucinella said Goldman "knows how to get to the point," unlike some members of Congress.

"When politicians are doing these things, there tends to be a fair amount of grandstanding and self-serving statements," Cucinella told CNN. "I think Danny, being a SDNY prosecutor, knows that there are facts that are important and then there are things that are not — and he will focus on what is important and move on."

Cucinella also laughed at the recollection of one of his off-brand TV segments in 2018, in which Goldman shared with Megyn Kelly the story of his own marriage proposal.

"We all tease him about his multiple appearances on TV and his celebrity status," Cucinella said. "But I think this is sort of a return to the core of what he's done for most of his career."