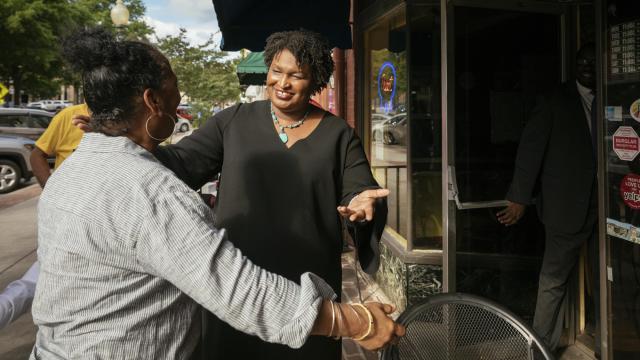 EDITOR'S NOTE: Susan Chira is the New York Times' senior correspondent and editor, Gender Issues. Before that, for 20 years, she was an editor and senior executive at The Times. She was part of the team that won the 2018 Pulitzer Prize for public service for coverage of workplace sexual harassment issues. Matt Flegenheimer is a reporter in Washington covering Congress. he started at The Times in 2011 on the Metro desk covering transit, City Hall and campaigns.

The question went out late one night on a private message chain of insurgent female candidates for Congress: Do you really attack a fellow Democrat?

“I feel like I’ve been pulling punches,” wrote Alexandria Ocasio-Cortez, who is challenging a longtime Democratic incumbent, Joe Crowley of New York, in a primary. “Do you ever get any pushback from voters, or those who don’t want ‘party infighting?'”

Within the hour, peers from Texas, Washington state and North Carolina had weighed in: Keep up the fight. We’re not trying to ask permission to get in the door,” Ocasio-Cortez, a 28-year-old organizer on Bernie Sanders’ presidential campaign, said in an interview.

As Democratic women run for House, Senate and state offices in historic numbers this year, many are bucking the careful and cautious ways of politics. As Stacey Abrams showed last week, a black woman can win the Democratic nomination for governor in Georgia by running a proudly liberal campaign, for instance. For dozens of these candidates, confronting President Donald Trump and winning seats and offices for Democrats are not the only goals: They want to run and win on their own terms. Some are coming for their own party. And many are not waiting their turn, as past generations were mostly content to do.

Like Abrams, many of these challengers are women who lean left, and many are women of color, raising pointed questions for a Democratic Party wrestling with its relationship to identity politics. Some are mounting primary challenges to white male incumbents. Others are turning primaries into evermore crowded races, to the frustration of party leaders who would like to cull the fields and save resources for the general election.

Many of these contested races are pitting moderate Democrats who are aiming to woo back suburban voters and the white working class against liberals who are pursuing a turn-out-the-base strategy and are seeking to field a more diverse slate of candidates.

“I had to spend the first days of this campaign just defending my right to run,” said Ayanna Pressley, the first black woman to serve on Boston’s City Council, accepting a union endorsement last month in her House race against Rep. Mike Capuano, a white, well-funded and consistently liberal incumbent. More than half the district’s residents are minorities, noted Pressley, who was among the first candidates on May 22 to post congratulations to Abrams on Twitter. 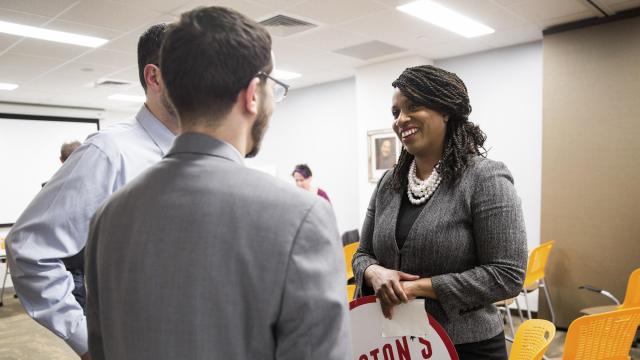 “Today I stood here with people who look like my mother and represent our families and our struggle,” she told the union members. “And you said, ‘We choose you to lead this fight.'”

Of the 293 women who ran or are running for House and Senate as challengers so far, 54 are taking on incumbents in their own parties, according to the Center for American Women and Politics at Rutgers University. Thirty-four are in Democratic races.

The crop of renegades this year roughly falls into two categories: candidates already in public office, and newcomers who draw on some history in activism. Several of those first-time candidates are facing daunting odds because they are running in staunchly Republican districts or have little money or political networks. Past elections have generally favored candidates with traditional political experience. But then, conventional wisdom has a checkered recent track record: In that regard, Trump has shown the way.

“I feel this year we are seeing far more women who woke up one morning, turned on the TV and said, ‘If he can be president I can run for the state Legislature, Congress or governor,'” said Debbie Walsh, director of the center at Rutgers. “I don’t know if this will be an anomaly or this is the beginning of a shift.”

For many candidates and strategists, the oft-invoked analogy for the 2018 campaigns is 1992, when women swept into office in part on a tide of outrage about the grilling of Anita Hill by an all-male, all-white Senate Judiciary Committee during the Clarence Thomas hearings.

Marsha Blackburn first ran for Congress in 1992, when she was a Tennessee businesswoman and local Republican county chairwoman. She had an anti-regulation, lower-taxes message, but ended up losing to the Democratic incumbent. She was undeterred. Drawing on the skills and connections she forged, she went on to win a seat first in the state Legislature and then, by 2002, in Congress. “You begin to build that network,” she said. “Then you use that network.”

She is now running for the Senate seat vacated by Bob Corker, in a tough race against Phil Bredesen, the former Democratic governor. Tennessee, she points out, has never elected a woman senator or governor. Several candidates this year say they will not measure success solely on whether they win in the end.

Linsey Fagan, 32, a former Sanders delegate running for the first time in Texas, said she hoped to tilt the debate leftward and lay the groundwork for future runs if she does not prevail in the fall. Fagan has already won her primary and will face Rep. Michael Burgess in November in a heavily Republican district around Dallas.

“We’ve just learned everything from scratch together,” she said of fellow first-time candidates around the country, with whom she has formed relationships. “If I can inspire more people to run fearlessly and in a way that’s authentic, that would be a positive outcome for me.”

Democratic challengers in such deep-red territory have expressed frustration at times with a national party that seems disinclined to help them face down the long odds, as party officials expect little return for any investment.

But there have been success stories. In Kentucky last week, Amy McGrath, a former Marine fighter pilot, defeated Jim Gray, a well-liked mayor of Lexington, in a Democratic primary, thrilling many in the party who had initially preferred Gray in a district that the Republican incumbent won by 22 points last time.

In other areas, women candidates have run into more significant obstacles created by the Democratic Congressional Campaign Committee, the campaign arm for House Democrats. In February, the group posted negative research to undercut a liberal insurgent, Laura Moser, in a Houston-area primary, stirring progressive outrage. Despite those efforts, Moser qualified for the runoff election against Lizzie Pannill Fletcher, a lawyer; Fletcher prevailed last week.

In Orange County, California, the committee has taken a side against Mai Khanh Tran, a Vietnamese-born pediatrician whose biography has attracted wide attention. It endorsed Gil Cisneros, a Navy veteran and former Republican whom the group believes has a better chance in November.

Then there is the Wisconsin district being vacated by House Speaker Paul Ryan. National Democrats, including the campaign committee, donors and several left-leaning organizations, have rallied behind Randy Bryce, a mustachioed ironworker with a popular Twitter account, @IronStache, and well-stocked campaign coffers. His primary opponent, Cathy Myers — a school board member and longtime teacher — has not appreciated the perceived coronation.

“They thought they should match Trump’s testosterone with more testosterone,” she said of her skeptics in an interview. “I’ve been told by some people, mostly his supporters, that I should just step aside, that it’s his turn. I really think that’s a bad way to choose a representative.” Brianna Wu represents another dynamic this year: a political novice confronting a long-standing but more conservative Democratic incumbent, in this case Stephen Lynch of Massachusetts.

As one of the several female video game developers who were targets of death threats in the outpouring of vitriol known as Gamergate, Wu has a national profile, a motorcycle and a Porsche in her driveway, and gulps Soylent, the tech drink of choice, for lunch. But her long-shot bid has quickly run up against institutional barriers.

She is new to her district; her opponent is well-funded; and her upstart candidacy faces open antagonism. Trying to draw up a plan to address a water crisis in the town of Hingham, she said she reached out to a local official and a federal environmental employee who told her they were friends of Lynch and declined to help.

“The doors slam shut,” she said. “I feel like I’m running more against the Democratic Party in my state than against Stephen Lynch at times.”

Pressley, running in the congressional district next door, is seen as a more potent threat for an upset.

Her decision to run shocked Boston’s political establishment, and even John Lewis, the civil rights icon, endorsed Capuano, as did the political arm of the Congressional Black Caucus. Although Pressley was hailed as a rising political star by Emily’s List in 2015, the organization has not endorsed either candidate in the primary. Undeterred, Pressley is laying down a stark generational, gender and racial challenge.

“It’s her time,” said George Van Buren, a shop steward at Harvard Law School for Local 26, the hotel and food service union that endorsed her. “She doesn’t have to wait her turn.”

To those who say there is little policy daylight between Pressley and her opponent, Capuano — who is well-funded and generally well-regarded by progressives — she argues that her life story allows her to design policies that better serve her constituents. Speaking after her union endorsement, Pressley recounted a father battling addiction, a single mother working multiple jobs, and surviving childhood sexual abuse and campus sexual assault. She emphasized that she has a track record of earning votes from white neighborhoods as well as minority ones.

While she parsed her words carefully, the implications were clear: in solidly Democratic Massachusetts, longtime incumbents will prevail, foreclosing opportunities for younger, more diverse candidates to run. Seven of the state’s nine congressional districts are represented by white men; two are white women.

“This district is not in danger of being represented by a Republican,” Pressley said. “If this were an open seat, you would have six, eight, maybe 12 people running. They would all be Democratic and they would all vote the same way. And you would not be saying, ‘Oh, y’all need to get out except for one person.'”