St. louis reconnects with the gateway arch and its pioneer spirit 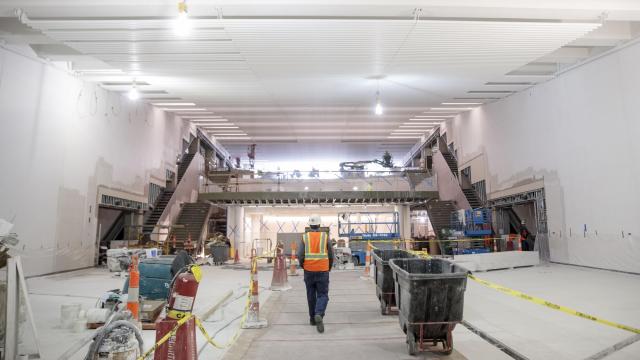 ST. LOUIS — In a year that placed monuments at the center of civic strife, a $380 million project to expand the grounds and visitor center at the Gateway Arch, the tallest man-made monument in the Western Hemisphere, is bringing people together in this Mississippi River city.

The project to beautify the arch grounds, redesign entrances and enlarge the underground visitor center drew such robust public support that voters approved a 2013 local ballot proposition to finance the restoration with $85 million in sales tax revenue. An additional $250 million was raised in under 36 months from private donations. The balance of the budget was raised from federal and state grants.

“It’s a measure of how this city feels about its global icon,” said Eric Moraczewski, executive director of the Gateway Arch Park Foundation, which led the capital campaign, producing the largest amount in private gifts for a National Park Service unit in history. “The arch brought us together.”

St. Louis has been struggling with racial tension that threatened to divide its residents after violence broke out in 2014 after the fatal shooting of a young black man, Michael Brown, by a white police officer in Ferguson, a northern suburb. Protests occurred again in September after a white former St. Louis police officer was acquitted in the shooting death of another black man in 2011.

City planners hope the arch, a symbol of the country’s pioneer spirit, will help reunite its residents.

The 630-foot-high arch, designed in 1947 by Eero Saarinen and completed in 1965, is clad in stainless steel and stands at the center of the 91-acre Jefferson National Expansion Memorial. After more than two decades of discussion, planning and design, the restoration is intended to significantly improve access to this city’s reviving downtown and reverse 12 years of steadily diminishing attendance.

“The arch, our greatest symbol, was a subpar visitor experience,” said William DeWitt III, the president of the St. Louis Cardinals baseball team and a member of the Gateway Arch Park Foundation board. “When you went to it, you had to weave around traffic and walk around and go down into one of the arch legs to get up into the arch. It didn’t all fit.”

To improve the experience, the central features of the park’s restoration were realigning its entrances, modernizing the visitor center and reducing the inconveniences for pedestrians.

The designer, Michael Van Valkenburgh Associates, a landscape architecture firm based in New York City, executed its assignment in several phases. First, it worked with two other New York firms, Cooper Robertson and James Carpenter Design Associates, to create an expansive glass entrance to the visitor center in the shape of a crescent moon. It also added 46,000 square feet to the facility to include a museum, movie theater, gift shop and cafe.

The new entrance has room for visitors to wait in the ticket line out of the elements, a departure from the experience at the old entrance, which was accessible through an outdoor ramp at the foot of the arch. The visitor center construction cost $176.4 million, and the reopening is scheduled for July 4.

Second, Valkenburgh Associates lined up the new entrance to face west toward a landscaped pedestrian corridor that extends eight blocks into the central business district. Key features include the Park Over the Highway, a $38.5 million pedestrian plaza that crosses Interstate 44, as well as Kiener Plaza and Luther Ely Smith Square, both remodeled at a cost of $34.2 million. Before the corridor opened, the interstate blocked the arch from the city for half a century. Now, visitors have a green pathway that extends from the bank of the Mississippi, under the arch and deep into the city center.

Other design elements include new walking paths in the arch’s shadow and a 7.5-acre garden and amphitheater that replace a parking deck on the north end of the park. The $17.5 million open space hosts regular outdoor events, among them concerts organized by the Gateway Arch Foundation and the city’s National Blues Museum, which opened just blocks away last year.

“The people who envisioned this, raised the funds, did the planning really hit the spot,” DeWitt said. “When it opens next year, the arch park will be transformative.”

The Gateway Arch park restoration project is a notable pivot point for a city trying to be more attractive to new residents and businesses. The city, founded as a French frontier post in 1764, was the nation’s eighth-largest city when its population peaked in 1950 at nearly 857,000 residents. Since then, it has lost more than 500,000 residents, though the current population, roughly 315,000, has stabilized.

City leaders credit that strength to the academic community, which includes Washington University and St. Louis University, as well as nine Fortune 500 companies and an elected leadership determined to bolster the city’s competitiveness. In October, for instance, the Board of Aldermen, the city’s legislative body, voted unanimously to acquire all its electricity from renewable sources by 2035, joining other cities around the nation committed to that goal.

“The arch restoration represents a lot of where we’ve been as a city and where we want to go,” said Ryan McClure, a spokesman for the Gateway Arch Park Foundation. “We have a structure that undeniably represents the city to the entire world. But until this project, the arch was separated from the city it represented.” Don Roe, the director of the city’s Planning and Urban Design Agency, said that when the restoration was finished, it would enable St. Louis to market a pedestrian-oriented downtown tourist circuit of history, sports, culture and entertainment. Major hotels are blocks from the Gateway Arch, as are several restaurants and bars. Busch Stadium, the home of the Cardinals, draws almost 4 million visitors a year and is only a few blocks from the arch.

Alongside the stadium is Ballpark Village, a nearly 4-year-old, $100 million hub of restaurants, taverns and giant video screens on an indoor plaza that is a joint project between the Cardinals and the Cordish Cos., a Baltimore developer of sports-focused mixed-use developments. Construction of the village’s $260 million second phase is about to start. It includes a 120,000-square-foot office building; a 29-story, 300-unit apartment building; a 220-room hotel; and 50,000 square feet of space for retail, recreation and entertainment that will include a 30,000-square-foot health and fitness center.

“A third of the U.S. population lives within a day’s drive of St. Louis,” Roe said. “Our premise is to get people to come here and to stay an extra day. By doing projects like Ballpark Village and making the improvements to the arch, that is all part of what we are after.”