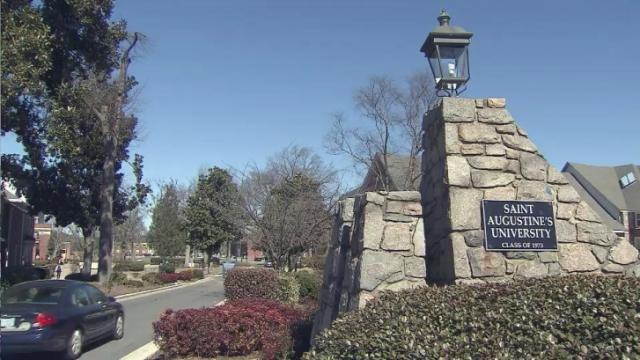 The university’s focus is on streamlining its academic focus, implementing cost-saving measures and revving up fundraising and community partnership efforts.

“I am pleased to report that improvements have been made in each of these critical areas,” Ward said. “However, we still have miles to go before we sleep.”

The report comes as the university recovers from an enrollment drop resulting in a $3 million loss in net tuition revenue and the removal of its previous president, who was fired in April. School leaders are also awaiting the results of a federal investigation into allegations that the university provided false information on a federal grant proposal.

Whether the university’s efforts, including a summer open house that granted automatic admission to high school students, result in more incoming students is yet to be seen. Administrators set a goal of 250 incoming freshmen, and as of May, the school had 198 commitments. Classes start on Wednesday.

“We must look at our admission strategy and also our retention strategy, and those are two priorities we are working on now,” said Ward, who added that additional budget cuts may be needed if enrollment projections are not met.

The institution has initiated a number of reductions to its $26 million budget:

To further increase revenue, the university will hold an annual fall fundraiser in addition to its spring Sapphire Gala.

“What we realized is that no institution can survive with just one fundraiser a year, plus alumni giving,” Ward said.

Saint Augustine’s, while continuing to maintain other majors, will streamline its academic focus into four areas:

In an effort to increase its research programs, the university created a new position – vice-president of research and innovative programming. Yvonne Coston, a math professor at the school, has been promoted into the position.

“No university can be everything to everybody, but at the same time we’ve got to take our resources and put those resources in areas where we know that the demand is there and also where we will work to our strengths,” Ward said.

Ward said the school has focused on building relationships with various groups:

“I think we have a lot of work yet to do. We’re going to work hard to do that,” Ward said. “But I am pleased that at the end of the 100 days, St. Augustine’s is in a much better position.”