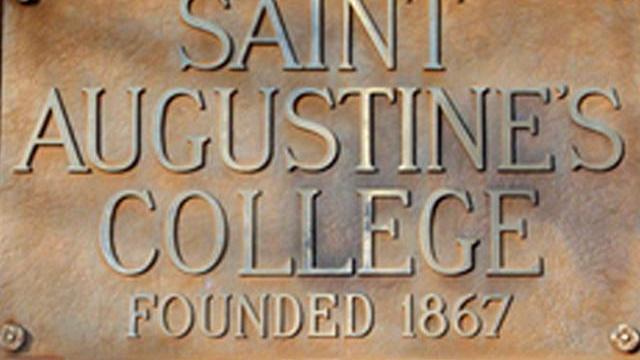 Doris Bullock, who works as an assistant vice president at the university, was convicted of second-degree murder in Halifax County in 1981. Her assistant, Deidra Gary, shot and killed her husband, Carolina Panthers player Fred Lane, at their Mecklenburg County home.

She was convicted of manslaughter in 2003.

The women both worked with Kiddie Kollege, a summer school program for children ages 5 to 9.

"While I remain confident in their ability, I have decided to reassign both employees to their administrative roles at the university," St. Aug's President Dianne Boardley Suber wrote in a statement Friday.

St. Aug's officials said they were aware of the women's pasts and that all employees are subject to background checks and are thoroughly vetted to ensure safety.

"Doris and Deidra are exemplary and professional employees," Boardley Suber wrote. "They are productive citizens who make positive contributions to the community. Their work is highly regarded and parents have expressed support for the children’s program."