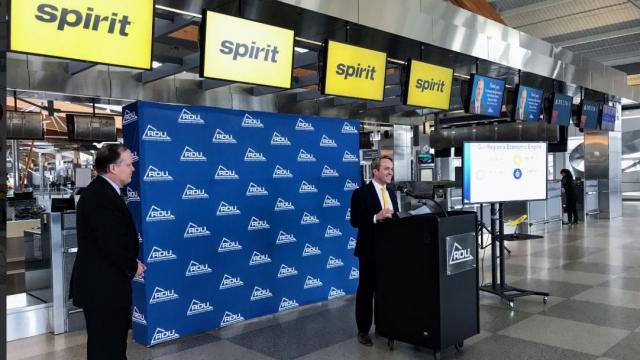 According to a tweet by RDU, the new airline service is set to begin on May 2 and include stops to those three cities along with service to Fort Lauderdale, Orlando, Baltimore and Detroit.

"We’re excited to welcome @SpiritAirlines to #TeamRDU." the airport tweeted.

According to the RDU website, the airport has over 400 daily arrivals and departures that serve 66 destinations.

Passenger traffic at the Wake County airport has been on an upswing over the past 24 months.

In 2017, the airport served over 11 million passengers and 2018 was expected to see a big increase in traffic over the previous year.

The roster of airlines providing commercial service at RDU now stands at 11 with the announcement by Spirit, a low-cost, no-frills airline that is popular among many airline passengers.

Earlier this month, Via Airlines, another low-cost carrier, announced new nonstop service from RDU to Birmingham, part of that airline's effort to beef up its presence among cities in the southeastern U.S.

And other airlines have expanded their offerings at the airport.