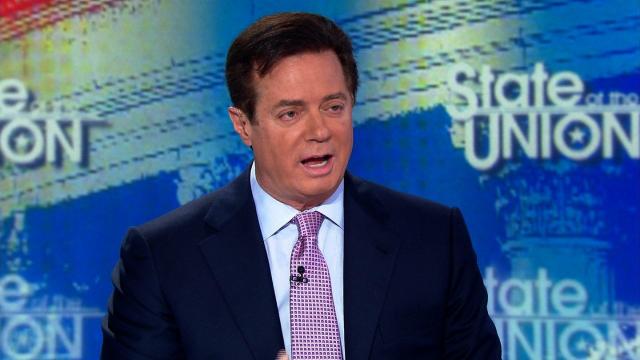 White House press secretary Sean Spicer contradicted President Donald Trump Monday when he insisted that a meeting Donald Trump Jr. had with a Russian lawyer in the months leading up to the election was about adoption policy.

"The President has made it clear through this tweet. And there was nothing, as far as we know, that would lead anyone to believe that there was anything except for a discussion about adoption and the Magnitsky Act," Spicer said at an off-camera briefing with reporters. "But I would refer you back to counsel on that one."

In his first appearance at the White House briefing since June 26, Spicer repeated the same defense that Trump Jr. originally offered on July 8 when he was asked about the meeting -- that it was a nothing but "short introductory meeting ... about the adoption of Russian children that was active and popular with American families years ago."

However, Trump Jr. later admitted he took the meeting because he was promised compromising information about Hillary Clinton when he publicly released his email exchange with Rob Goldstone, a publicist who helped set up the meeting.

The subject line of the back-and-forth between the two was "Russia - Clinton - private and confidential," and Trump Jr. was promised incriminating information on Hillary Clinton from a "Russian government attorney" that was "part of Russia and its government's support for Mr. Trump," according to the emails.

Though Spicer maintained that the meeting was only about "adoption and the Magnitsky Act," Trump Jr. told Sean Hannity last Tuesday he had "never even heard of" the Magnitsky Act "before, you know, that day."

Spicer's statement also contradicts the President, who has acknowledged his son took the meeting in order to get damaging information on his opponent and defended him for doing so, saying "that's politics."

"Most politicians would have gone to a meeting like the one Don jr attended in order to get info on an opponent. That's politics!" Trump tweeted earlier Monday.

Trump said the same during a gaggle with reporters on Air Force One as he flew to Paris last week.

"Honestly, in a world of politics, most people are going to take that meeting," Trump said. "If somebody called and said, 'hey' -- and you're a Democrat -- and by the way, they have taken them -- 'hey, I have really some information on Donald Trump. You're running against Donald Trump. Can I see you?' I mean, how many people are not going to take the meeting?"

The White House did not immediately respond to a CNN request for clarification about Spicer's remark.