SpaceX is about to test its new rocket for astronauts 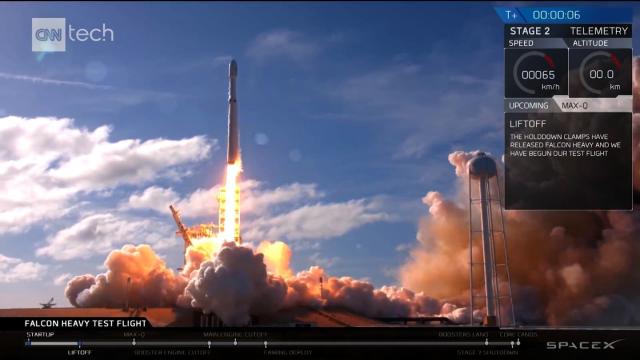 NEW YORK (CNNMoney) — It's time for SpaceX to test out the new rocket it hopes will eventually carry astronauts into space.

On Thursday afternoon, the company plans to launch the newest version of the reusable Falcon 9 from NASA's Kennedy Space Center in Florida.

The rocket is designed to be used 10 or more times. In the past, SpaceX rockets have been only capable of making about two trips.

The so-called Falcon 9 Block 5 will deliver the Bangabandhu-1 communications satellite into orbit. Once in place, the satellite will provide telecom services for Bangladesh and the surrounding region.

A key part of the mission will be landing the rocket's first-stage booster once it returns to Earth. SpaceX said its drone ship, called "Of Course I Still Love You," will be stationed in the Atlantic Ocean for the job.

Last week, SpaceX CEO Elon Musk shared a picture of the rocket making its way to the launch pad.