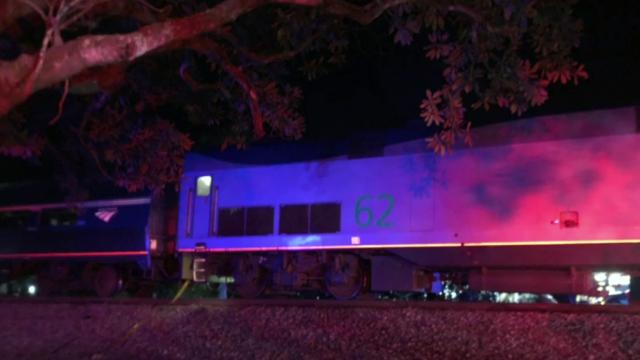 Dylan Patrick Gesme, 23, was found dead on the tracks at Broad Street in Southern Pines shortly before 11 p.m.

All of the Broad Street railroad crossings were blocked for about two hours while police investigated the incident. The Amtrak train, which was traveling from New York to Florida, was finally cleared to leave at about 1:30 a.m.

Investigators want to review video from the train to determine what happened, authorities said.

The death was the second involving a train in area in less than 48 hours. A Sanford woman was killed by an Amtrak train on Friday morning.