Source: Cars jockeyed before I-540 shooting 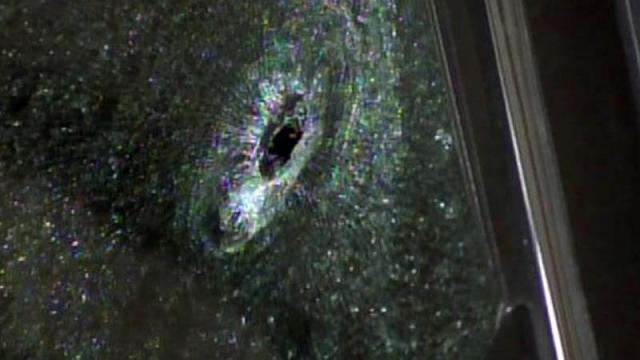 Kyle Fiske, 23, of Raleigh, and Danielle Johnson, 20, of Cary, were westbound on I-540, near U.S. Highway 70, when a silver Acura pulled up on their left and a man inside opened fire, police said.

A bullet traveled through the front driver's-side and passenger-side windows, but missed both people, police said. Fiske's arm was cut by shattered glass.

The couple pulled into Raleigh-Durham International Airport, and one of them ran to the Southwest Airlines ticket counter in Terminal 1 and asked for help. RDU medical staff treated them there.

Investigators said their preliminary findings point to road rage as the reason for the shooting.

A source familiar with the investigation said Friday that the couple's car initially was driving alongside the Acura on Capital Boulevard, and they cut the Acura off as they approached I-540. The two cars then jockeyed on the highway for miles before the shot was fired, the source said.

Police said the Acura is an early 2000s model with tinted windows and custom rims.

Anyone with information about the case is asked to call Raleigh Crime Stoppers at 919-834-4357.