Oxford, N.C. — A Raleigh firefighter described Thursday how he heard that his parents' house was ablaze almost three years ago and his efforts to track down his father and stepmother, only to learn that they had been murdered.

The testimony from Jerome Faulkner Jr. came on the fourth day of the capital murder trial of Eric Alexander Campbell.

In addition to first-degree murder, Campbell, 24, of Alvin, Texas, is charged with first-degree burglary, second-degree arson, robbery with a dangerous weapon, larceny of a motor vehicle, financial card theft, identity theft and two counts of cruelty to animals in the Dec. 31, 2014, deaths of Jerome Faulkner Sr., 73, and his wife, Dora Faulkner, 62.

Authorities say Campbell and his father, Edward Watson Campbell, stormed into the Faulkners' home in northern Granville County, robbed them, set fire to the house and killed them before fleeing in both the couple's Chevrolet Silverado and a stolen SUV. 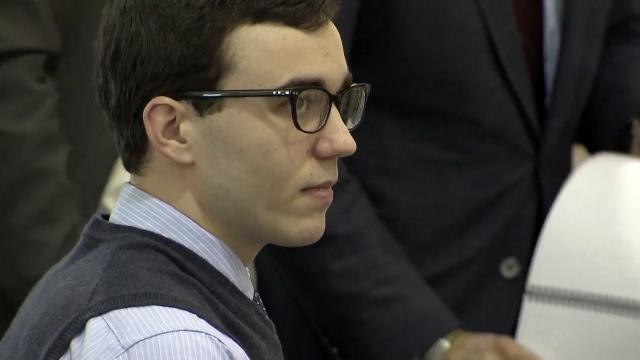 Faulkner Jr. said he was starting his shift on New Year's Day 2015 when he got a page to call Granville County 911. When he learned of the massive fire at his parents' home, he frantically called his father's and stepmother's cellphones to check on them, but the calls kept going to voicemail.

After he had arrived at his parents' house, he learned that his father's pickup was missing, and authorities had begun began searching the area for the couple. Granville County Sheriff's Office Deputy Mark Harrison said a signal from Dora Faulkner's cellphone had been picked up in South Boston, Va.

Faulkner Jr. said he got a return call from his stepmother's phone, and a man's voice said the power went out so they went to a hotel, Faulkner Jr. said. He said he didn't recognize the voice but said he thought at the time it was his father and that they merely had a bad connection.

Yet, he said, several things the man told him made him feel uneasy. First, his parents would have gone to their nearby cabin instead of a hotel if they lost power. Second, the man seemed unconcerned when Faulkner Jr. told him the house had burned down.

Faulkner Sr. was a retired fire chief in the community and would have been alarmed by word of his own house on fire, his son said.

Harrison testified that he found what appeared to be blood on the back steps of the home, so he quickly taped off the home as a crime scene for further investigation.

"When he started doing that is when I started really getting nervous," Faulkner Jr. testified. "We're thinking the worst at that point."

Authorities later informed Faulkner Jr. that his father's pickup had been found in West Virginia and that two bodies were in it.

Police in Lewisburg, W.Va., arrested Edward and Eric Campbell on New Year's Day 2015 following a shootout, and investigators found the Faulkners' bodies under a mattress in the back of the pickup.

Eric Campbell's attorneys have argued that he was under the control of his father and didn't willingly participate in the crime spree.

Edward Campbell killed himself in March 2015 in Raleigh’s Central Prison, where he was being held.

Much of Thursday afternoon's proceedings were taken up by Granville County's fire marshal and a State Bureau of Investigation agent, who both testified how they determined the fire to the Faulkners' home had been set and that a flammable liquid had been poured through the center of the house.

Also Thursday, Superior Court Judge Henry Hight dismissed a juror who had told a deputy that she felt sorry Eric Campbell. An alternate juror took her spot on the jury for the rest of the trial, which could be a few more weeks.