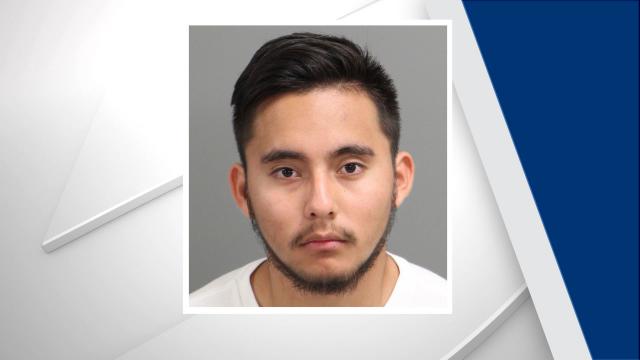 Raleigh, N.C. — The son of a man who was deported last year after living in sanctuary in a Durham church for months pleaded guilty Thursday to assaulting federal immigration officers during his father's arrest.

Daniel Oliver-Perez, 20, of Greenville, pleaded guilty to two counts of assaulting, resisting or impeding U.S. Immigration and Customs Enforcement officers. He will be sentenced later.

Samuel Oliver-Bruno had been taking sanctuary in a Durham church for nearly a year when ICE agents took him into custody in November 2018 during a visit to an immigration office in Morrisville.

Oliver-Perez struggled with two ICE agents as they tried to handcuff his father, and as the agents led Oliver-Bruno to a waiting van, Oliver-Perez grabbed an agent by the neck, authorities said. The agent was able to free himself from the choke-hold afer a few second, but he suffered a cut on his hand, authorities said.

Oliver-Perez then approached another ICE agent and ripped his shirt while again attempting to physically confront him, authorities said.

“ICE deportation officers conduct arrests according to federal law, as enacted by Congress. They are sworn law enforcement officers who carry out our nation’s immigration laws in support of public safety and the integrity of our immigration system," John Tsoukaris, interim director of ICE's Atlanta Field Office, said in a statement. "Impeding ICE officers in the performance of their duties is dangerous and will not be tolerated."

Oliver-Bruno came to the attention of immigration authorities in 2014, when he was detained by U.S. Customs and Border Protection agents as he tried to enter the U.S. after a visit to Mexico.

At that time, he was released on a "Stay of Removal" to care for his ailing wife. Julia Perez Pacheco, who lives in Greenville, has lupus and other serious medical conditions.

Oliver-Bruno lived in sanctuary in the CityWell United Methodist Church in Durham for 11 months as he sought citizenship. ICE traditionally has not arrested people inside a church, hospital or school because of its sensitive location policy.

When he was arrested, according to ICE officials, his case had no outstanding appeals, so there was no legal basis for him to remain in the U.S.

Oliver-Perez was among 28 people arrested trying to prevent ICE from taking Oliver-Bruno into custody.