Some Tips for Small Foundations Seeking to ‘Punch Above Their Weight’ 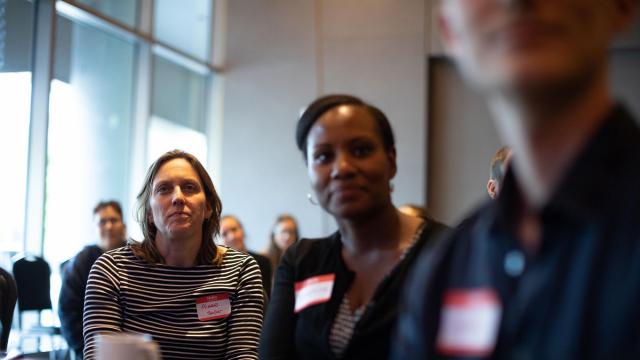 For years, the John and Wauna Harman Foundation was doing what most small family philanthropies do. It was writing dozens of little checks, deciding at the kitchen table what to give.

But then the next generation got involved, and it began to ask what at first glance seems a contradictory question: Could the foundation have more impact if it wrote fewer checks?

Julie Berrey, who married into the family and is now the foundation’s executive director, said the answer — yes, it wanted to change how it made grants — led to the next question: How best to do that?

“We were trying to build the airplane as we flew it,” Berrey said.

With $10 million in assets, the Harman Foundation is minuscule in a world of philanthropy dominated by names like Bloomberg, Gates and Ford. There are about 86,000 foundations in the United States, and close to 98 percent have assets under $50 million, according to Henry Berman, chief executive of Exponent Philanthropy.

Confronted with the headline-grabbing largesse of billionaire donors, Berman said, many small family foundations are trying to “punch above their weight” and make sure their money is having a real impact. It’s not always easy, but the foundations that succeed share common traits and have similar stories about feeling more gratified in their giving.

“We often talk about taking thoughtful risk,” Berman said. “There are lots of people fighting homelessness and lots of people trying to fight opioid addictions. Some are better than others, and you want to put your money to work with them.”

In the case of the Harman Foundation, the family agreed to focus on end-of-life care but did not have any medical expertise on the subject and was limited to about $350,000 a year in grants. It decided several years ago to use its money to raise awareness through education.

How the family decided on this was somewhat random: Many members had seen and been moved by a PBS documentary on the subject

The foundation made a big bet on another documentary, a film version of “Being Mortal,” a book by Dr. Atul Gawande, a surgeon and writer who was just recently named chief executive of the Amazon-Berkshire-JPMorgan Chase health care partnership. The Harman Foundation paid PBS to produce the film, and continued to give money to make sure more people saw it.

“Having something on PBS was fantastic because you get a bunch of eyeballs on it, but what do you do after that?” Berrey said. “We said we’d collaborate with the California Health Care Foundation and if it worked we’d take it national. The response was phenomenal.”

So the family made another grant, to the Hospice Foundation of America, with the hope of about 200 groups seeing the film. It has been shown about 1,500 times, with discussions afterward.

Jeff Bradach, the managing partner and a co-founder of the Bridgespan Group, a philanthropic consultant, points to three strategies that foundations without enormous assets should consider. Having a concentrated focus is one option. Pooling money with other foundations is another, although ceding control can be complicated.

Janice Elliott, executive director of the Melville Charitable Trust in New Haven, Connecticut, said partnerships were essential for the trust to achieve its mission of reducing homelessness in Connecticut. The foundation, which was created by the family that started Thom McAn Shoes, has $145 million in assets, which translates to about $7 million a year in grants.

The foundation has moved from funding homeless shelters and acting as a landlord of transitional housing to being more of a policy advocate in the state’s capital, Hartford, and elsewhere, Elliott said.

“Early on, people were advocating at the capital, but their work was not coordinated,” she said. “The trust helped to fund the creation of a new organization, called the Partnership for Strong Communities, to bring together advocates and people who cared about homelessness. The goal was to help them understand what happened on the practice and policy level and to have one policy initiative.”

It was one group of many that Melville has created, backed or joined. This past week, Melville was part of a coalition of dozens of foundations that met in Atlanta for A Way Home America, a national group working to end homelessness among the young.

Pooling resources has meant that Melville executives are sometimes the smallest group at the table. “Collaboration is never easy,” Elliott said. “But if we don’t do it, we’re only at our $7 million and that’s all we can do.”

She said her foundation had worked with the Gates, Ford Annie E. Casey and Robert Wood Johnson Foundations. Because of its size, if the big foundations asked Melville to join a partnership, “we’d be left out,” Elliott said. Instead, she said, Melville made the first move. “So we go ahead and start it ourselves,” she said, “and then ask the others to join.”

As a third strategy, small foundations can opt to take a risk on early-stage nonprofit groups and ideas. Although bigger donors, like Bloomberg Philanthropies, can afford to regularly test out ideas, such investments could wipe out a small foundation.

Berman said small foundations needed to get comfortable with this risk. “Our funders are doing it on the small level,” he said. “But it’ll make a big impact in a small pond, and there are a lot of small ponds out there.” Colleen O’Keefe, executive director of the Sauer Family Foundation in St. Paul, Minnesota, has looked to use its $700,000 in annual grants to help groups turn a little money into much more.

Several years ago, the foundation, whose patriarch made his fortune in the asphalt business, gave $20,000 to Minnesota’s Department of Human Services to pull together some information and hire a grant writer, O’Keefe said. The department ended up being awarded a $3 million grant over four years.

“When I got that call, I thought that was a good investment,” she said.

Berman said he advised all small foundations to look for strong nonprofit leaders to invest in. This requires donors to talk to the beneficiaries of those nonprofit groups.

Even when small foundations decide to stick to what they’ve been doing — say, giving a local scholarship or funding symphonies and museums — Berman challenges them.

“I say that’s fine,” he said, “but I’ll push them to make sure they’re doing that in the most thoughtful way, to have the impact they want.”

Still, the outcome is not guaranteed. While the Harman Foundation is thrilled by how many people have seen the film, data showed gaps in who went to the screenings, Berrey said.

“Despite everyone’s best efforts to bring in minorities, it wasn’t culturally successful,” she said. “Since then, we’ve honed our strategy and are doing work in the African-American community.”

And a small foundation’s learning from the data is a lesson right out of big philanthropy’s playbook.