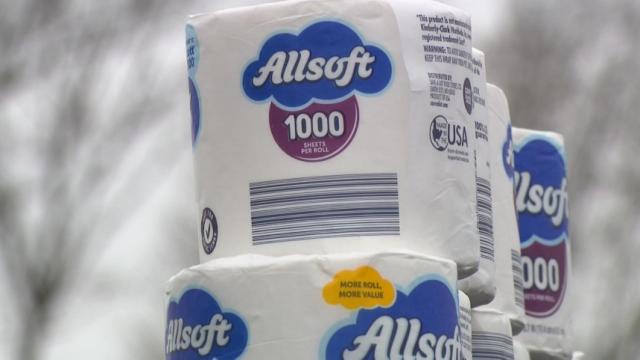 CNN — Several leading grocery chains are reimposing limits on key items such as toilet paper, paper towels and disinfecting wipes, hoping to keep their shelves stocked and prevent shoppers from hoarding as they did when the pandemic began in the spring.

At Kroger, customers can purchase a maximum of two items when it comes to products like bath tissue, paper towels, disinfecting wipes and hand soap. A spokesperson said in an email that the limits began earlier this week and apply in stores and online.

Christopher Brand, a spokesperson for Giant, a grocery chain in the Northeast, said that the company was "seeing little evidence of stockpiling, and there is no need to create panic." But since the supply chain "remains challenged," Giant began last week putting a limit of one on purchases of larger toilet paper and paper towel sizes and four on smaller toilet paper and paper towel sizes.

H-E-B in Texas has implemented similar policies in recent weeks. Some H-E-B stores have instituted limits of two on purchases of disinfecting and antibacterial sprays, while other stores have limited toilet paper and paper towels to two.

The three companies say supply chains for securing these items are still strained. Around 19% of paper products such as toilet paper and paper towels and 16% of household cleaning products were out of stock during the week ending November 1, according to data from market research firm IRI.

The moves come as the United States reported its highest number of new coronavirus infections Thursday— at least 108,174, according to Johns Hopkins University. The five highest daily totals of coronavirus cases since the pandemic began have happened in the last week.

Meanwhile, nearly 60% of shoppers say they plan to stock up again as winter approaches, according to a survey of 1,000 shoppers by market research firm Inmar Intelligence conducted during the week of October 14.

In California, Raley's Supermarkets says it's not experiencing a run on paper products, but it's preparing to respond if that happens.

"We will continue to monitor stockpiling behavior closely and possibly reimplement [limits] accordingly in upcoming weeks," Paul Gianetto, senior vice president of sales and merchandising, said in an email.