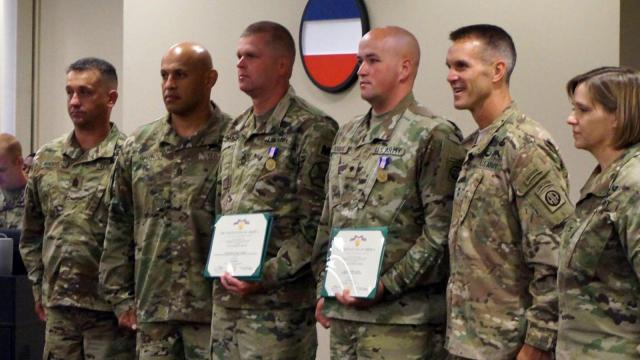 Fort Bragg, N.C. — Two Fort Bragg soldiers on Friday received the highest honor the military bestows for an act of valor in a non-combat event.

Officials said the soldiers acted with complete disregard for their own safety, but the men said they were ready to jump into action.

"When we reacted that day, we didn't react because of anything we wanted credit for," Gassaway said. "We reacted because that was a person in there, and I would hope that someone would do the same for us."

"It was just doing what I had to do," Rogers said. "I saw a need, and I took care of it. When I saw my son get out of the vehicle to assist, I was a proud dad."

Rogers' son and Gassaway's wife also received awards for their help in the rescue.