Soldier must carry photo of drowned dog as part of sentence 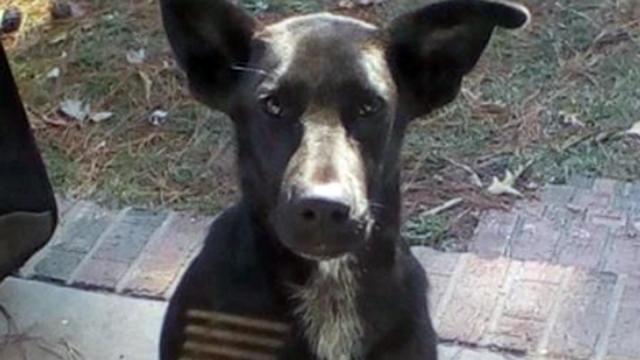 Fayetteville, N.C. — A Fort Bragg soldier pleaded guilty Tuesday to tying up his puppy in late 2014 and tossing it into a pond, where it drowned.

Authorities said Burrow used military parachute cord to hog-tie Riley, an 8-month-old Lab mix, before tossing the dog into McFadyen Lake in Fayetteville. The dog's carcass washed up on the shore of the pond on Jan. 2, 2015.

Neighbors said they were outraged by the dog's death, noting that they had given Burrow and his wife hundreds of dollars after the couple claimed Riley had been injured and they couldn't afford to pay veterinary bills.

Superior Court Judge Jim Ammons sentenced Burrow to 30 days in jail and ordered him to perform 100 hours of community service, possibly at Cumberland County Animal Control. Burrow also will spend two years on probation, during which Ammons ordered him to carry a photo of Riley in his wallet.

Burrow won't be able to own any pets for five years, as part of his plea agreement. The felony conviction will be wiped from his record if he successfully completes the terms of the deal.

His wife, Kelsey Caroline Burrow, 22, still faces a misdemeanor charge of being an accessory after the fact in the case.