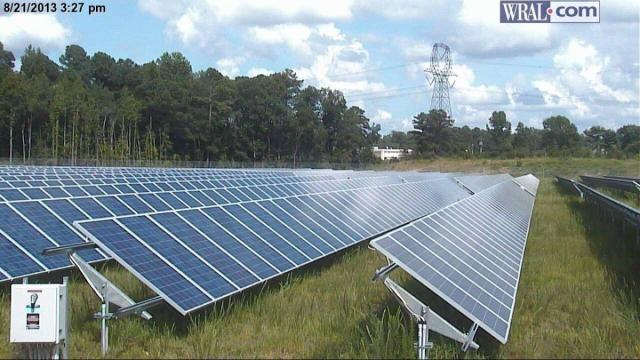 Raleigh, N.C. — When City Council members officially endorsed the Solarize Raleigh initiative in November, there was little indication that the program’s most vocal critics would soon emerge from inside the very industry it was meant to promote.

Managed by the North Carolina Solar Center, which received a $15,000 grant from the Department of Energy’s SunShot initiative, the Solarize Raleigh program is intended to help lower the cost for homeowners who want to install photovoltaic panels by establishing a bulk purchasing program that could lead to volume-based discounts on solar equipment.

Steve Kalland, executive director of the NC Solar Center, said the program would also serve to grow the overall market for solar energy in Raleigh and raise awareness of the benefits to homeowners of installing the photovoltaic panels that generate solar energy.

“We looked at data from Solarize programs around the country,” Kalland said, “and the conclusion was that there is a pretty good benefit to the participants in the programs, and that the market seems to get larger and projects tend to be less expensive going forward, so it’s kind of the 'rising tide lifts all ships' concept.”

The concern for some local installers such as Dan Lezama, who owns Sun Dollar Energy, is that the program is more likely to benefit larger companies and would not provide the kind of cost-savings it touts.

“I can’t do all the paperwork, jump through all the hoops – I can’t possibly meet all of the time commitments; and let’s say we did get 50-100 jobs – we couldn’t do it,” Lezama said.