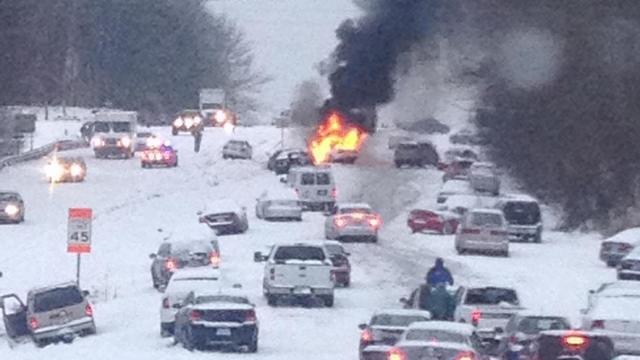 Do you remember the "Attack on Glenwood" meme that went viral after winter weather put Glenwood Avenue on lockdown?

In the foreground, a woman desperately leaning into her cell phone. In the background, a vehicle on fire. Between them, dozens of cars stalled out or even wrecked in the snow. 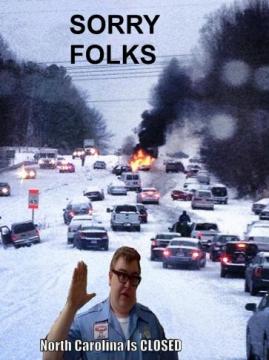 The words "Sorry, folks! North Carolina is closed!" were slapped across the bottom of the image.

With winter weather in the forecast tonight, it seems fitting to take a look back to that fateful day eight years ago, when Raleigh became a meme sensation.

Who snapped that iconic photo?

The photo shows a car on fire as vehicles struggle nearby to get up a snow-slicked hill on Glenwood Avenue, and it quickly spread across the Internet and was featured on several sites, including CNN, The Huffington Post, Gawker, Slate and Reddit.

Lindsay Webb is a Raleigh woman who captured the chaos on Glenwood Avenue with her cell phone camera. She was shocked to see her photo show up on CNN. 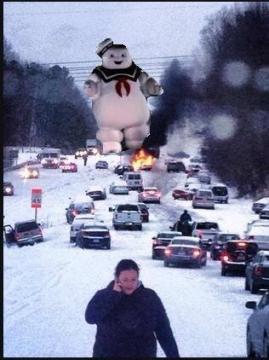 She remembers seeing the scene on Glenwood that day.

“As soon as we got on top of the hill, we could see the conditions. So many of the cars were off the road. People were trying to weave their way up the hill, people were getting out and pushing other people’s cars, or just walking around," she said.

As for the iconic car that caught on fire -- Webb said people were trying to push it, with wheels screeching and spinning.

"Smoke started to come from the hood. Then the hood lit up, and it was no time before that car was on fire,” she said.

Hopefully, this weekend's winter weather won't create anything even close to that memorable day on Glenwood Avenue. We can just look back at the winter weather chaos created eight years ago – and chuckle as a community. 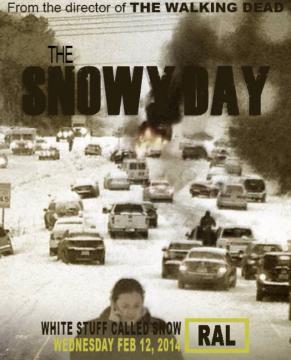