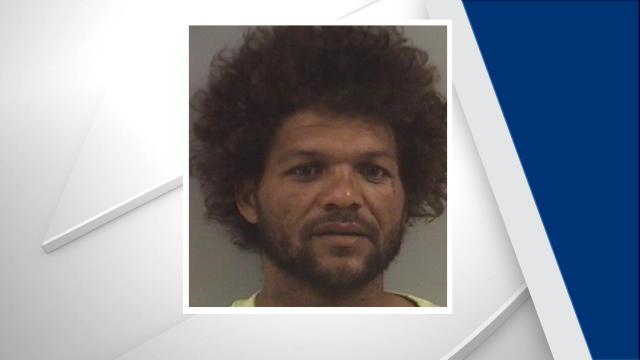 Smithfield, N.C. — A 31-year-old Smithfield man was charged Thursday with sexually assaulting four children between the ages of 1 and 6.

According to arrest warrants, Stanley assaulted the children, ages 1, 3, 5 and 6, over the course of two months between October and December 2016.

Stanley was in the Johnston County jail Friday under a $800,000 secured bond.

The Johnston County Sheriff's Office said Friday that it believes other adults had knowledge of the alleged abuse and failed to report it to authorities. Additional charges could be filed, and an investigation of the case is ongoing.

Sheriff Steve Bizzell also released a statement questioning why Stanley was not in jail after being arrested in 2016 on charges in three counties.

"I want to know why Tyrone Stanley, who was arrested just over a year ago on 130 felony charges spanning three counties, received probation on all those charges. While Stanley was on probation and not in prison where he belonged, these sexual assaults on these four children occurred," Bizzell said in a statement.

"This is one of the most sickening incidents of non-fatal child abuse that we have ever investigated," he continued. "Sex offenses on children are inexcusable and perhaps this would not have occurred had the courts acted more appropriately in his prior sentences. He would have been in prison. The failure of an effective judicial system is why these innocent children will have to live with the trauma of this sexual abuse for the rest of their lives."

Stanley was charged with dozens of counts of felony breaking-and-entering and larceny for incidents that happened between August and October 2015. He was put on three years' probation in March 2016, according to court records.

Johnston County Assistant District Attorney Paul Jackson said he did the best he could negotiating a plea deal in the breaking and entering cases, but his hands were tied because he couldn't get any of the victims to testify.

"I understand and sympathize with Sheriff Bizzell's frustration regarding these cases. Unfortunately, the victims targeted were seasonal workers who did not reside in the United States and were unavailable at the time of the plea. The testimony of each victim would have been required by law in all of the cases," Jackson said in a statement. "I was concerned that the victims would not return and testify, and so I negotiated the best plea offer I could under the circumstances. ... Had I not negotiated this plea, I would have eventually been forced to dismiss each case."