Blue chips get all the attention. But small stocks are rising, too 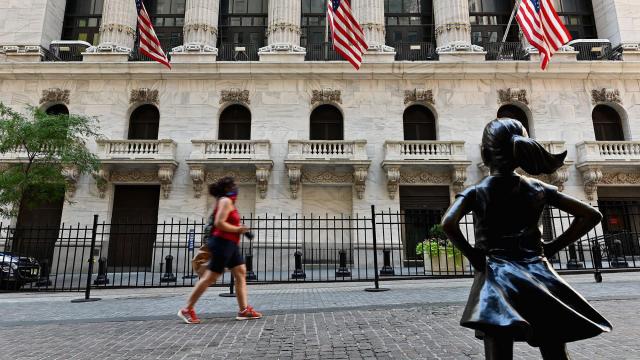 CNN — Top stocks like Apple and Google parent Alphabet have staged dramatic comebacks this year. Even more impressive? The bounce in the Russell 2000, which tracks smaller US public companies.

Some spectacular performers are leading the way. Shares of Novavax, which is working on a coronavirus vaccine, have skyrocketed 3,300% this year. BJ's Wholesale Club, a Costco competitor, has seen its stock rise 103% — more muted than Novavax, maybe, but still impressive.

Still, success during a sharp recession hasn't been universal. Many smaller companies have less diverse sources of revenue, which leaves them more exposed to the adverse effects of restrictions and lockdowns, Charles Day, UBS managing director and private wealth adviser, told me.

While the S&P 500 hit an all-time high last week, the Russell 2000 hasn't reached a new record since 2018. And with a market value above $2 trillion, Apple is now worth more than the entire index.

"The future of the Russell 2000 depends on how quickly we get a vaccine and how quickly people take a vaccine," Day said.

Professional investors like Day are recommending that clients stay invested in smaller companies even as megacap tech gets all the attention.

"We continue to like small caps here, and think the Russell's recent performance (even without a new high) is more significant than the S&P's record close," Nicholas Colas, cofounder of DataTrek Research, said in a recent note to clients.

He pointed out that the Russell 2000 is heavily weighted to health care and tech stocks that stand to benefit from the early stages of the recovery.

"The Russell 2000 is a more 'real' take on the US economy than the S&P 500 and should therefore continue to advance as the country grinds its way out of the [Covid-19 crisis]," Colas said.

Watch this space: The Russell 2000 isn't the only index of small stocks on the rise. The Russell Microcap Index, which includes some of the tiniest US public firms, is up 65% from its March low.

The annual gathering of central bankers in Jackson Hole, Wyoming, may be virtual this year, but it's poised to garner more attention than ever.

On the docket: Federal Reserve Chair Jerome Powell is due to speak Thursday at the Jackson Hole Economic Policy Symposium, which will be livestreamed.

He'll discuss the results of the bank's highly anticipated framework review, which could result in a change to the central bank's approach to inflation. There's been talk of loosening the 2% inflation target to allow for easier monetary policy as needed.

Why it matters: The Fed's approach to monetary policy is particularly relevant to investors given the extent to which its actions are propelling markets.

Stocks fell last week after the central bank released minutes from its July meeting which showed ongoing concerns about the health of the economy, as well as language that indicated it may not support more aggressive stimulus measures in the near future.

After quickly taking interest rates close to zero in March, the Fed has added trillions of dollars in assets to its balance sheet while launching lending programs for needy companies. The question now is what more it will do to provide support.