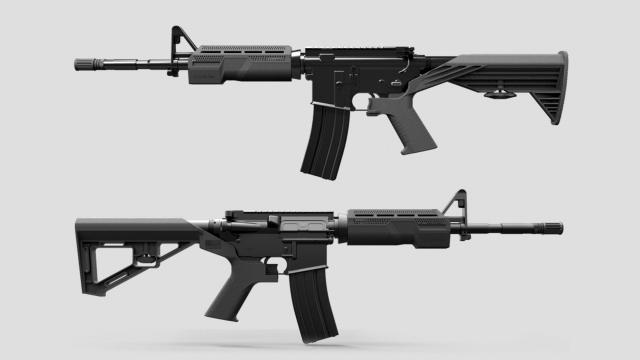 NEW YORK (CNNMoney) — A month after the deadliest mass shooting in America brought bump stocks to national attention, the rifle modification is again for sale and there's no regulation on the horizon.

Slide Fire, the company that owns the patent on the rifle modification, said it has resumed taking new orders for bump stocks for the first time after temporarily suspending new sales a month ago.

"We will resume limited sales on November 1st at 8:30 a.m. CST," said Slide Fire, in an email from its customer services department to prospective buyers. "However, we have not yet reached adequate inventory levels to offer sales of all products."

For most of October, the company kept a message posted to its homepage saying that sales of bump stocks were suspended.

That suspension happened shortly after gunman Stephen Paddock used rifles fitted with bump stocks to commit the deadliest mass shooting in U.S. history on October 1 in Las Vegas. Using his 32nd floor suite at the Mandalay Bay hotel as a sniper's nest, he shot into an outdoor concert on the ground below, killing 58 people and wounding hundreds before taking his own life.

Slide Fire did not return messages from CNNMoney asking about the change in their sales policy.

Experts say demand for the product likely remained high during the period of suspended sales.

"I imagine they were able to fulfill the flurry of orders they received after the Las Vegas tragedy, but I would think demand is still far stronger than usual for them," said Rommel Dionisio, gun industry analyst for Aegis Capital Corp.

Bump stocks speed up the rate of fire for semi-automatic rifles to mimic fully automatic fire. The bump stocks harness the recoil of the gun to bump the shooter's finger against the trigger, causing it to shoot much faster than if the shooter was manually pulling his or her finger on the trigger.

The Bureau of the Alcohol, Tobacco, Firearms and Explosives said it does not consider bump stocks to be firearms, but parts -- as explained in a 2010 letter that Slide Fire displays on its web site. Parts are not subject to federal gun control measures like background checks.

The use of bump stocks in the mass shooting inflamed gun-control rhetoric, prompting even National Rifle Association, which generally opposes all forms of gun control, to suggest imposing "additional regulations." NRA executives also said the ATF should "immediately review whether these devices comply with federal law."

A month after the mass shooting, there's no regulations on bump stocks.

On Tuesday, Sen. Chris Murphy, a Democrat from Connecticut who has been engaged in the gun debate on Capitol Hill for years, told CNN that he's heard nothing on whether the ATF is seriously looking at changing regulations surrounding bump stocks.

"I don't think the ATF is going to move unless the White House tells them to move and my impression is that they have been given no direction from the White House," Murphy said.

"It is unclear what the ATF can do," Murphy added.

The Brady Center to Prevent Gun Violence filed a class action suit against Slide Fire Solutions "on behalf of all concert goers who suffered emotional distress as a result of the shooting that killed 58 people and wounded hundreds."

The specter of gun control prompted a boost in sales for bump stocks, with various gun stores around the country telling CNNMoney they were rapidly selling out. Most were unable to restock because they couldn't get new inventory.

FosTech Outdoors, which was selling bump stocks under the brand name Bumpski, also suspended taking new orders shortly after the Vegas shooting. FosTech, which has not returned messages from CNNMoney, no longer offers the bump stocks for sale on its web site.