Sleeping suspects found with drugs during search of Fayetteville home 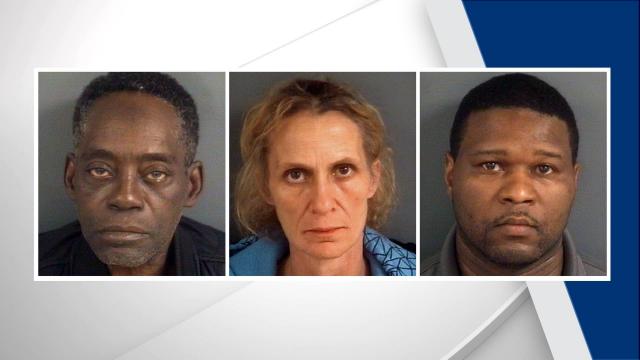 Fayetteville, N.C. — Three people were arrested Wednesday after deputies searched a Fayetteville home while they were sleeping inside.

According to the Cumberland County Sheriff’s Office, deputies arrived to search a home in the 200 block of Snow Hill Road and found Willie Lewis McLean, 65, Eric Lamont Graham, 41, and Pamella Victoria Lape, 44, asleep in the living room.

During a search of the home, police also found a .22 caliber rifle, a plastic bag containing more cocaine, several items used for packaging narcotics for sale and drug paraphernalia.

McLean was charged with possession with intent to sell and deliver cocaine, manufacturing cocaine, maintaining a dwelling for the sale of a controlled substance, possession of drug paraphernalia and possession of a firearm by a convicted felon.

Lape was charged with possession of drug paraphernalia.

McLean and Graham were scheduled to appear in court Thursday afternoon.