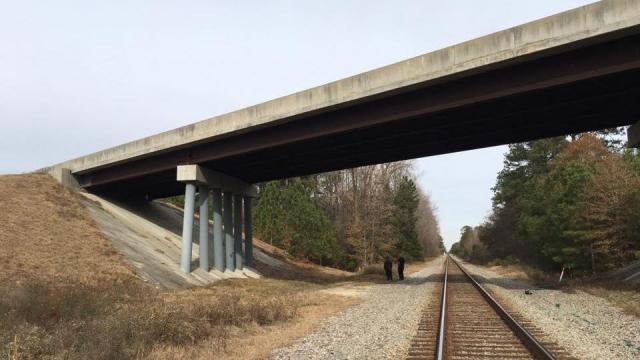 Robeson County, N.C. — Skeletal remains located along train tracks in Robeson County last week belonged to a man struck and killed by a train in October, according to authorities.

A surveying crew found a skull near the 1200 block of Heritage Road, near the CSX railroad tracks, on Dec. 11.

The remains were identified by the North Carolina Medical Examiner’s Office as Varcy Locklear, 24, of Pembroke.

Locklear was found dead on a train track in Enfield on Oct. 30. Authorities said they believe he was a stowaway on the train when he struck a bridge, fell off the train and ended up underneath it.

Locklear was decapitated as a result of the incident, authorities said.

Days after the skull had been found in Robeson County, authorities confirmed that they had been asked to consult dental records to determine if the remains belonged to Sara Nicole Graham, a former deputy’s daughter who has been missing since 2015.