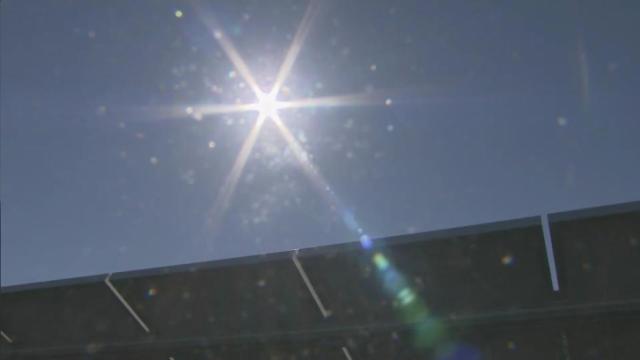 Raleigh, N.C. — House members skeptical about the state's growing solar energy sector are seeking yet another study on the safety and decommissioning of solar panels. That's after an interim stakeholder committee in 2015-16 already studied the issue and found that, despite dire warnings from detractors, the panels do not in fact pose an environmental hazard and that most are recycled because their components are valuable.

House Bill 319 is sponsored by solar skeptic Rep. Jimmy Dixon, R-Duplin, who convened and led the earlier study committee. The bill would require the state's Environmental Review Commission to continue to study how decommissioned solar cells can be disposed of, whether they contain any toxic materials and whether a bond should be required for decommissioning. The ERC would then report back to the legislature with proposed regulations.

"Everybody concerned needs comprehensive, accurate, data-based information relative to the aspects I've identified in this bill as being a concern presently and to the future regarding how North Carolina will move forward," Dixon told the House Environment Committee on Thursday morning, "so that what we do will be both economically feasible, environmentally safe, cost-effective and a benefit to the [utility] ratepayers of North Carolina."

The committee passed the bill on a narrow voice vote, but not without pushback from pro-solar Republican lawmakers on the panel.

"These things have already been resolved," said Rep. Bob Steinberg, R-Chowan, who also took part in the 2015-16 study committee.

Alex Miller, representing three of the state's large-scale solar developers, told the committee the industry has and will continue to cooperate with lawmakers seeking information. But he cautioned that passing a formal study bill to explore the potential hazards of solar energy would send a message to the industry and its investors that North Carolina could represent an unstable environment for future development.

"The industry is watching," Miller said. "Changing the rules of the game in the middle is very damaging."

Rep. Jeff Collins, R-Nash, another solar skeptic, retorted that there are no rules at the moment and said a study would be prudent "since we in North Carolina have more facilities than the other 49 states combined,"

Miller told WRAL News that statement is inaccurate. California actually has far more solar facilities than North Carolina, and despite its love of regulations, California has not required a decommissioning bond for solar arrays because decommissioning is already covered in the lease agreements between solar developers and landowners.

"The biggest issue we have is when misinformation like that is repeated by an elected official, the signal that it sends to the industry," Miller said after the meeting.

Dixon dismissed Miller's warning about the message the bill might send, adding that he believes "the jury is still out" on whether the panels can safely be disposed of in a landfill.

"There's 37,000 acres of these facilities that are currently in existence," Dixon told the committee. "It has occupied some of the best farmland in the state of North Carolina. I have said from Day One that solar has its place. This is not a proposal to dampen the spirits of anybody. It's a proposal to answer simple questions that the people of North Carolina deserve to hear."

After the meeting, Miller said the state Department of Agriculture and Consumer Services had determined that solar farms are currently taking up less than 0.25 percent of the state's farmland, far less than is consumed by residential and commercial development.

"We have concrete evidence to demonstrate that there is no entity of government at a local, state or federal level that considers [solar panels] hazardous waste," Miller said. "We have that answer. We’ve provided that answer.

"But when we keep being asked, and those questions come up in this setting," he added, "I think any industry would take issue with that."

The bill now moves to the House Energy Committee.