Deah Barakat, 23, his wife, Yusor Abu-Salha, 21, and her sister, Razan Abu-Salha, 19, were killed on Feb. 10, 2015, by neighbor Craig Stephen Hicks in what prosecutors and the victims' relatives called a hate crime against Muslims.

"A lot of people remember it like it was yesterday. For me, I feel like it was lifetimes ago," said Farris Barakat, Deah Barakat's brother.

Farris Barakat has worked hard to correct details of the shooting, which Chapel Hill police initially attributed to a parking dispute at the complex where Hicks and the three students lived.

"That was just the farthest thing that you could say it was," he said. 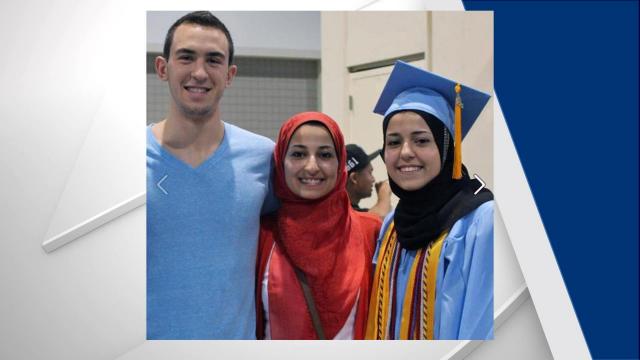 He said he believes the killings were racially motivated, noting that Hicks had a history of hate speech and was known to harass Deah Barakat and his wife. The Chapel Hill police chief later said he regretted including the parking dispute narrative.

"At least in my circle, I did think it was a defining milestone for Muslim-Americans and their history here in the United States," Farris Barakat said.

Faisal Khan, a Muslim-American and founder of the Carolina Peace Center, which advocates for equality, said the incident created an important discussion about Islamophobia. But he said the nation still has far to go.

"I think it’s gotten worse," Khan said of the treatment of minorities in the U.S. "You have more right-wing extremist hate groups that have come out that [are] not only attacking other minority groups, but [also] threatening the our democracy and stability of our country. If people have any doubt left, you just have to look at what happened last month at the [U.S.] Capitol."

Farris Barakat, who spent the day Wednesday cleaning up the shoreline of Lake Jordan in honor of his brother, his sister-in-law and her sister, said he is optimistic things will improve. He said he's determined to make that his life’s work and his brother’s legacy.

"You know, I never thought I’d live that old. I always thought I’d die young, for some reason," he said. "I’m like, man, I think I have to live old now."

Hicks pleaded guilty to three counts of murder in June 2019 and is serving three life sentences in prison. Federal authorities couldn't find sufficient evidence to charge him with a hate crime.