Six Books for the Beginning of Basketball Season

The 2019-20 NBA Season begins on Tuesday, October 22nd, and the college season is right around the corner.  Here are six books to help you prepare:

The Book of Basketball: The NBA According to the Sports Guy by Bill Simmons 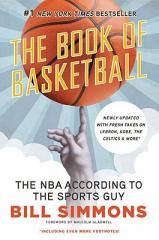 The breadth of knowledge contained in this volume is ridiculous.  Simmons ranks the top all-time players, teams, every season’s MVP (who was named MVP and who should have been MVP) and more.  Simmons writes way too much about the Boston Celtics, but considering the history of the Association, he could have made worse choices. This book is updated by Simmons (via the internet) close to every year with new rankings and pertinent YouTube clips. This is the best book to pick up for fans of the NBA.

Coach Wooden and Me: Our 50-Year Friendship On and Off the Court by Kareem Abdul-Jabbar 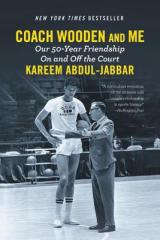 You can’t talk about the history of college basketball without talking about John Wooden and Lew Alcindor, and you can’t talk about the history of the NBA without discussing all-time scoring leader Kareem Abdul-Jabbar.  With this book, you get the best of both worlds, and to top it off, Kareem Abdul-Jabbar is a fantastic writer (his first autobiography, Giant Steps, is one of my favorite books (and one of my favorite book covers).  Coach Wooden and Me details how two men of different ages, races, religions and socio-economic backgrounds became lifelong friends through the game of basketball.

Sprawlball: A Visual Tour of the New Era of the NBA by Kirk Goldsberry 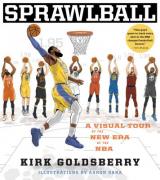 Sprawlball is a fantastic book about how analytics changed the game of NBA basketball from one that was focused on the post-game and heavy, paint-hogging centers like Shaquille O’Neal to one that has moved beyond the three-point line to focus on trigger-happy guards such as Stephen Curry and James Harden.  Kirk Goldsberry is a professor of cartography at the University of Texas, and as such, became one of the industry leaders in analyzing shot charts, a practice that is heavily responsible for the shift in on-court dynamics. 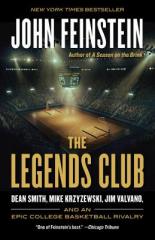 As I am writing this recommendation for a website that is based in Raleigh, NC, I assume that the title of this book speaks for itself. Just in case it doesn’t Dean Smith, Coach K and Jim Valvano coach(ed) the University of North Carolina Tar Heels, the Duke Blue Devils, and the North Carolina State University Wolfpack through what was arguably the peak of each of the school’s basketball programs, eras that included such players as Michael Jordan, Vince Carter, Christian Laettner, Shane Battier, Derek Whittenburg, Spud Webb and many more.  John Feinstein is one of the greatest living sportswriters.  This book is highly recommended for fans of ACC basketball.

Basketball (and Other Things) by Shea Serrano 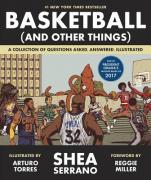 If you’ve ever wondered what James Harden would be like as an action movie star, then this is the book for you!  Basketball (and Other Things) is the most fun book on this list.  With charts, graphics and illustrations that keep one entertained in the margins between Serrano’s oft-hilarious takes on the game and its quirky characters, this is a book that would make a great gift for the basketball fan on your holiday list. Chapters include ‘What Year Was Michael Jordan the Best Version of Michael Jordan?’ and ‘If 1997 Karl Malone and a Bear Switched Places For a Season, Who Would Be More Successful?’. Serrano gets bonus points for not allowing his Spurs fandom to take over his book, as Simmons tends to allow with the Celtics in The Book of Basketball.

Eleven Rings: The Soul of Success by Phil Jackson 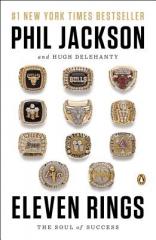 Phil Jackson has earned eleven NBA championship rings.  If you are reading this list because you love basketball and you would like to read books about basketball, then that is probably all that needs to be said.  Jackson was partially responsible for the development and execution of the triangle offense, he coached players like Michael Jordan, Scottie Pippen, Dennis Rodman, Steve Kerr, Shaquille O’Neal and Kobe Bryant to multiple championships, and as a player, he won a title with the New York Knicks (a nearly impossible feat). Also of note is Jackson’s first book Sacred Hoops.